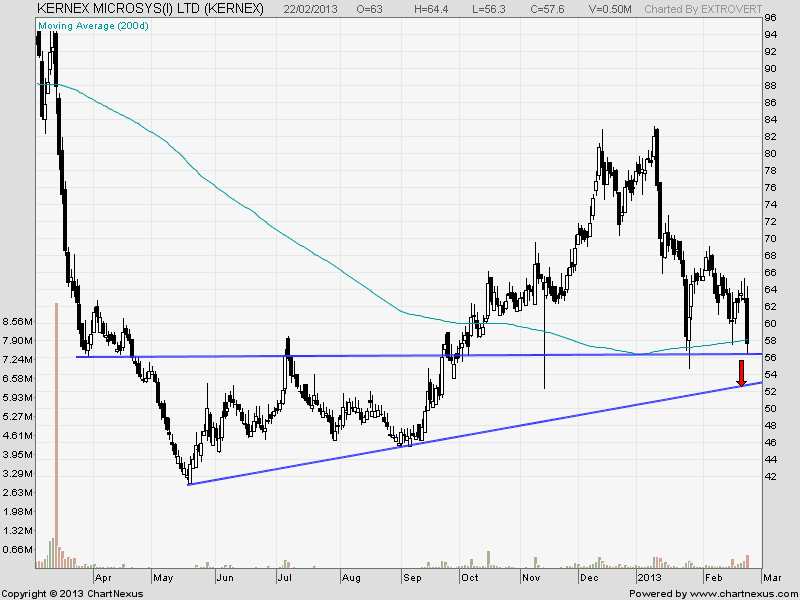 Kernex Microsys The Railway Budget 2013-14 is scheduled to be presented in the Lok Sabha on February 26.Railway stocks has not shown any spike up as they mostly do. Stock has shown a decline of 8.4% with rise in volumes last Friday. Kernex is trading near its 200 DMA, and strong support of 56 as … Read more