When many of us think of probabilities, the first thought that comes to mind is a coin toss—having a 50% chance of being correct on a given toss. Can something as simple as a coin toss be applied to investing in financial markets?

Probabilities, as with a coin toss, can indeed provide us with tools for approaching the markets, and the ideas can be applied in more ways than one might expect. For example, a trader’s view on probability might be completely incorrect, and that might be the very reason why they are not making money in the markets.

What is the probability of ..

Probabilities explain the chance of something happening. Probabilities in trading are often discussed, but humans have an abysmal capacity to understand and calculate probabilities. Our minds are just not hard-wired for it. We love to assign probabilities though, but the probability assigned to an event is often grossly inaccurate, or based on inaccurate/wrong presumptions.

All questions that need to be answered if you are to have confidence in your trading system.  For it is confidence that allows you to profit from the markets.

You see, despite our civilized veneer, we are still animals that react to fear, the most powerful of emotions.  And it is fear that supercedes our thoughts when we trade.

To circumvent fear, you should develop trading plans, trade according to plan, and analyze your trades in a trading journal.  As do this, you will build a database that will create statistical patterns of your trades.  This can be studied and help you to predict the outcome of future trades.

And it is this knowledge that gives you your confidence to spend your valuable time creating trading plans, trading according to plan, and analyzing your results.

Without this knowledge, we are frightened beasts that depend upon our fear to trade.  And this is disastrous to our bottom line.

The Availability Bias in trading also affects us in another way, which can be attributed to the media and their incessant pursuit of trying to explain and give reasons for past price action.

Which of the following is more probable?

By explaining everything and trying to give reasons humans fall into a precarious probability trap. When details are given–almost any explanation whatsoever–we tend to believe the scenario is more likely*. Is it? Once again we basically have the “n and ing” question, but now more directly related to trading (did you fall for it again?). The first option encompasses the second option, and all other possibilities which will make the stock rise. The first option has a much higher probability of occurring than the very specific second option. Yet, people are more likely to act on the second option, even though the odds of the stock increasing have not been improved by the possibility of the second option occurring. 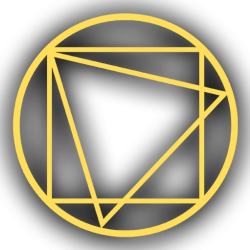