Merry Christmas to you all. Spread Happiness and Give Joy to Others. On Christmas Eve a young soldier feeling trapped in London during the 2nd World War was very lonely and sad to be away from his family and home.
As the war still raged on in London this was a very dangerous time and place with Churches and most other social and public places either closed or destroyed. And so in spite of this, the young soldier organized amongst a few of his mates to go out on Christmas Eve and to make Christmas of whatever they found. 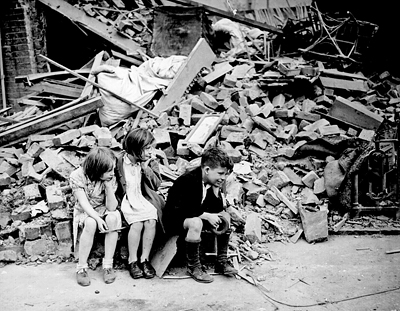 Shortly after leaving their military compound they came across an old grey building with an affixed sign, which said, “Queen Anne’s Orphanage”.
This was perfect they all thought. The young men’s hearts pounded quickly and they gathered themselves and knocked on the door. The door slowly opened as a kind elderly woman cautiously emerged from behind it and bid them all a Merry Christmas, then, asking how she might be of any help?
The young soldier then stepped forward and asked if they could come in for a few minutes to greet and talk with the children. The elderly keeper with a beaming smile then welcomed and invited them in. As the soldiers began to enter they could hear the clamoring of children in the background as they came running down the stairs to see who was at the door. Again, the soldiers’ minds raced in anticipation and thinking about the goodness they were all about to unselfishly perform but upon entering their hearts sank.
Once inside this old grey building and faced with the curiosity, innocence and happiness of the children they were shocked by the contrast as they witnessed the undeniable poverty of this abode and that which also must have also stricken the lives of these orphans. There was no Christmas tree or decorations of any sorts. No real furnishing to speak of, just a barren and empty cold dark place. 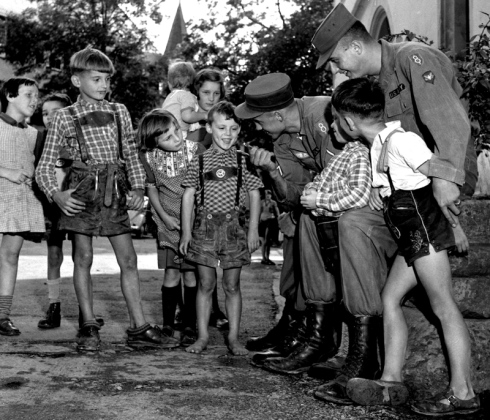 The soldiers then mustered their spirits and stepped forward and did what they came to do. They greeted and spent time talking with the children and searched their pockets for anything that they could possibly offer and share with these youngsters, a stick of gum, candy, special coins, ribbons, whistles … just anything. Their hearts and souls were filled with the spirit of giving as they could see that by their very presence and their sincere and genuine attention to these innocent children which society had forgotten that they were making a difference no matter how small. The young men all felt the warmth inside of giving and sharing.
Then when it was time to leave and as the young soldier was getting ready to step out the door he noticed one small boy of about five years old standing in the corner all by himself crying softly.
As he looked on at the boy from afar he was then reminded of his own son back home who would now surely be about the same age. The soldier paused and was overtaken with flooding emotions as he rekindled in his heart and his mind the feeling and vision of seeing and being with his young son again.
He then deliberately walked over to the young crying orphan boy, seeing the tears stream down his tiny pink cheeks while his bottom lip quivered as he approached. He tried to regain his composure but the boy could also see the emotion in the soldier eyes. 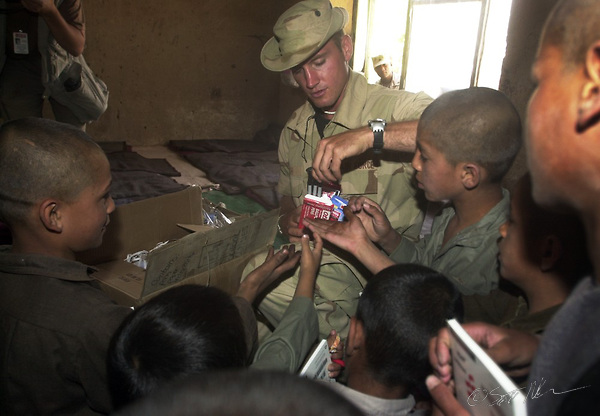 He then knelt down on one knee so that he could look the boy in the eyes; and then, with great sentiment, care and kindness he asked, “Hey little fella, what would like for Christmas?”
Without hesitation the young boy stepped forward and simply said, “Hold me! Hold me tight!”