Out of a list of 500 pieces that were played frequently by symphonies around the world and were considered to be the “masterworks” in the field, virtually every single “masterwork” was written after year ten of the composer’s career. Not a single person produced incredible work without putting in a decade of practice first. Even a genius like Mozart had to work for at least ten years before he produced something that became popular.

This period, which was filled with hard work and little recognition, as the “ten years of silence.” Similar patterns were found among famous painters like Picasso and popular poets. Further research revealed that you needed to put in “10,000 hours” to become an expert in your field. (This idea was later popularized by Malcolm Gladwell.)

However, on digging deeper, it was discovered that time was merely one part of the equation. Success wasn’t simply a product of 10 years of practice or 10,000 hours of work. To understand exactly what was required to maximize your potential and master your craft, you had to look at how the best performers practiced.
The practice habits of NBA superstar Kobe Bryant provide a perfect example…
Kobe Bryant is one of the most successful basketball players of all–time. The winner of 5 NBA championships and 2 Olympic Gold Medals, Bryant has amassed a net worth of more than $200 million during his playing career. 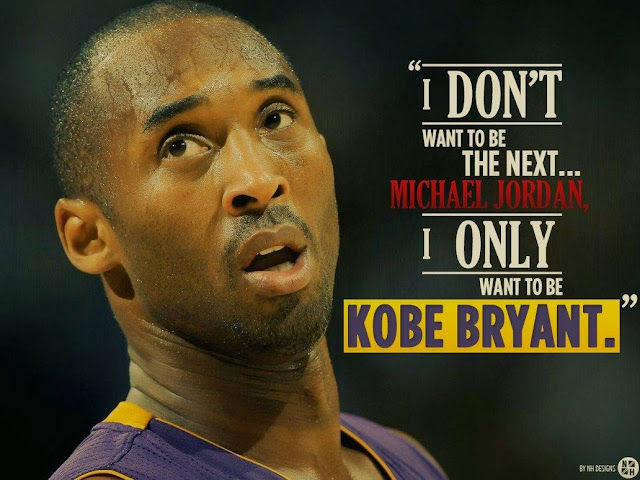 In 2012, Bryant was selected as a member of Team USA. During this time, one of the athletic trainer’s for Team USA, a man named Robert, was working with Kobe to prepare for the Olympics. Robert describes his first experience with Kobe and reveals one of the reasons the superstar has become so successful.

From Robert, trainer for Team USA:
I was invited to Las Vegas to help Team USA with their conditioning before they headed off to London. I’ve had the opportunity to work with Carmelo Anthony and Dwyane Wade in the past, but this would be my first interaction with Kobe. The night before the first scrimmage, I had just watched “Casablanca” for the first time and it was about 3:30 AM. A few minutes later, I was in bed, slowly fading away, when I heard my cell ring. It was Kobe. I nervously picked up.
“Hey, uhh, Rob, I hope I’m not disturbing anything right?”
“Uhh, no. What’s up Kob?”
“Just wondering if you could help me out with some conditioning work, that’s all.”
I checked my clock. 4:15 AM. “Yeah sure, I’ll see you in the facility in a bit.”
It took me about twenty minutes to get my gear and get out of the hotel. When I arrived and opened the room to the main practice floor, I saw Kobe. Alone. He was drenched in sweat as if he had just taken a swim. It wasn’t even 5:00 AM. We did some conditioning work for the next hour and fifteen minutes. Then, we entered the weight room, where he would do a multitude of strength training exercises for the next 45 minutes. After that, we parted ways. He went back to the practice floor to shoot. I went back to the hotel and crashed. Wow.
I was expected to be at the floor again at about 11:00 AM. I woke up feeling sleepy, drowsy, and pretty much every side effect of sleep deprivation. (Thanks, Kobe.) I had a bagel and headed to the practice facility.
This next part I remember very vividly. All of the Team USA players were there. LeBron was talking to Carmelo and Coach Krzyzewski was trying to explain something to Kevin Durant. On the right side of the practice facility Kobe was by himself shooting jumpers. I went over to him, patted him on the back and said, “Good work this morning.”
“Huh?”
“Like, the conditioning. Good work.”
“Oh. Yeah, thanks Rob. I really appreciate it.”
“So when did you finish?”
“Finish what?”
“Getting your shots up. What time did you leave the facility?”
“Oh, just now. I wanted 800 makes. So yeah, just now.”
For those of you keeping track at home, Kobe Bryant started his conditioning work around 4:30am, continued to run and sprint until 6am, lifted weights from 6am to 7am, and finally proceeded to make 800 jump shots between 7am and 11am. Oh yeah, and then Team USA had practice.
It’s obvious that Kobe is getting his 10,000 hours in, but there is another part of his story that is even more important.
Kobe isn’t merely showing up and practicing a lot. He is practicing with purpose. Kobe had a very clear goal at practice: 800 made jump shots. He was deliberately focused on developing the skill of making baskets. The time he spent doing it was almost an after thought.
That sounds simple, but it’s very different from how most of us approach our work each day. When most people talk about working hard, they use the amount of time they worked as an indicator of how hard they worked. (i.e. “I worked 60 hours this week!”) Putting in a lot of time might make you tired, but simply working a lot (even if it’s 10,000 hours over the course of your career) isn’t enough to make you a top performer. It’s not the same thing as practicing deliberately.
Most people who think they are working hard are merely developing the skill of being in the gym, not the skill of making baskets. To keep this basketball analogy going, consider this quote about deliberate practice…
Consider the activity of two basketball players practicing free throws for one hour. Player A shoots 200 practice shots, Player B shoots 50. The Player B retrieves his own shots, dribbles leisurely and takes several breaks to talk to friends. Player A has a colleague who retrieves the ball after each attempt. The colleague keeps a record of shots made. If the shot is missed the colleague records whether the miss was short, long, left or right and the shooter reviews the results after every 10 minutes of practice.
To characterize their hour of practice as equal would hardly be accurate.
Each player in the example above could brag about practicing for one hour, but only one of them is practicing deliberately. Top performers in every industry are committed to deliberate practice. The best artists, musicians, athletes, CEOs, and entrepreneurs don’t merely work a lot, they work a lot on developing specific skills. For example, Jerry Seinfeld’s “don’t break the chain” strategy is all about deliberately practicing the skill of writing jokes.
Mozart has been called the “genius of geniuses” and even he toiled away for 10 years before producing popular work. And that is inspiring.

Even if you don’t have the natural talent of Kobe Bryant or the sheer brilliance of Mozart, be willing to put in your “10 years of silence.” And you can win with commitment, grit, and unwavering consistency.
By combining these two ideas — the consistency of “10 years of silence” and the focus of “deliberate practice” — you can blow past most people.
On a daily basis, this doesn’t have to look big or impressive. And that’s good, because it will often feel like you’re failing. What feels like struggle and frustration is often skill development and growth. What looks like little pay and no recognition is often the price you have to pay to discover your best work.
In other words, what looks like failure is often the foundation of success.
Thankfully, just one hour of focus and deliberate practice each day can deliver incredible results over the long–run.

Are you working toward your 10 years of silence today?
Are you deliberately focused on developing your skills?
Or are you simply “putting in your time” and hoping for the best?