Happy Dussehra. May Lord Ram’s blessings be showered on you.

A day of celebrations of good over evil.
We celebrate “Ram’s victory over Ravan”. And it happened thousands of years ago. And we continue to do celebrations and stopped at that. Only a handful have gone on to fight the good fight to overcome the evil within us. Others simply complain of the evil around us. 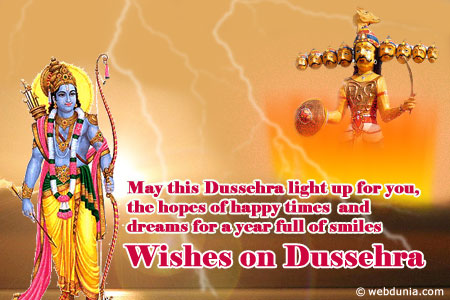 Nothing can manifest around you if it does not reside in you.
If corruption is around you, kill the corruption inside you first and the external corruption will come to an end. It would take years but that is “the only way”. The impatient one gets nothing done.

If you are in this situation, then your interference is possibly derived from self doubt and a lack of confidence. This is natural, since having a strategy is a key step forward in executing more consistently; and without one that you have confidence in, you must either fail from genuine problems that do exist in it, or from simple lack of nerve.

If you’re you not prepared? – Go away, spend good amount of time preparing yourself, while watching the market with detachment but only for study purposes while “saving money for the capital”.

Learn from Sportsman
Sportsmen don’t whine; they just get on with the next attempt and the next and on & on. They carry on with continuous preparations against the opponents who change everyday and each challenge is faced with a new preparation. Each game is played with gay abandon but with sharp focus and with the seriousness it deserves.
If you do not consider it serious enough, it’ll reflect in your results. Rarely a sportsman blames another for his defeat. He owns up, reflects on it cool headedly, learns something new and move on more prepared.
Move on.