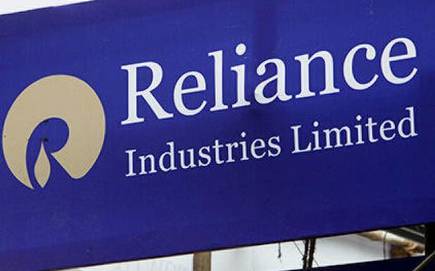 In 1960s, Reliance Commercial Corporation was co-founded by Dhirubhai Ambani and Champaklal Damani. After their partnership ended in 1965, Dhirubhai continued with the polyester business of the firm. In 1966, Reliance Textiles Industries Pvt Ltd was incorporated in Maharashtra.
1977

Dhirubhai Ambani made its initial public offering on the Bombay Stock Exchange. The issue was oversubscribed by seven times.

1986-1992
The company expands its installed capacity for producing polyester yarn by over 145,000 tonnes per annum.

1996
RIL is rated by international credit rating agencies — a first for any private sector company in India.

The conglomerate enters the telecom sector with a joint venture NYNEX, US, as Reliance Telecom Private Limited.

In one of the largest gas discoveries in the world, Reliance discovers gas deposits at the Krishna Godavari basin, which is a first for a private sector company in India.
The in-place volume of natural gas is found to be in excess of 7 trillion cubic feet, equivalent to about 1.2 billion barrels of crude oil.

2005 and 2006
The company reorganises its business into power generation and distribution, financial services and telecommunication services.

Reliance launches ‘Reliance Fresh’ and enters the organised retail market in India. By 2008 end, Reliance Retail had 600 stores across 57 cities.

Reliance and BP plc enter a partnership in the oil and gas business. BP plc takes a 30 per cent stake in 23 oil and gas production sharing contracts that Reliance operated in India, including the KG-D6 block for $7.2 billion. Reliance also forms a 50:50 joint venture with BP plc for sourcing and marketing of gas in India.

2013
Reliance Retail reports to have more than 1,400 stores across India. The business is largest with brands like Reliance Footprint, Reliance Trends, Reliance Digital, Reliance Kitchen and others.

2016
Reliance Jio is launched with Isha and Akash Ambani as directors. It becomes a major market disruptor with data plans priced at 1/10th of the market rates.

2017
Jio reports a total of 100 million user base at the end of one year of its launch.