To me, the extraordinary aspect of martial arts lies in its simplicity. The easy way is also the right-by Margaret Wheatley way, and martial arts is nothing at all special; the closer to the true way of martial arts, the less wastage of expression there is.- Bruce Lee.
Living a simpler life has become a prevalent theme in the past several years. Ideas and methods abound for how we might achieve a simpler life, ranging from how to simplify day-to-day routines to how to decrease the demand for resources we place on the planet. 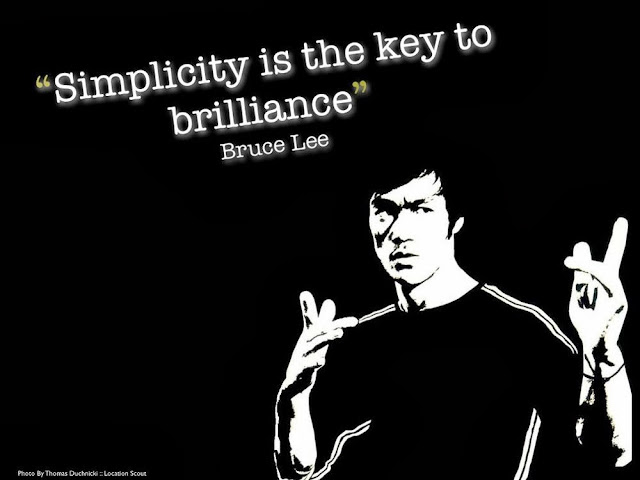 I meet many people who would like to simplify their lives, yet the world grows only more complex. Complexity has taken over how we attempt to get things done in organizations, communities and governments. We can’t seem to do anything simply anymore. Making a decision, creating a plan, holding a meeting—all of these now involve complex and time-consuming processes. A once-simple process, like neighborly conversation, has become a “technique,” an “inter-generational, cross-cultural dialogue,” perhaps.

We become exhausted by the intricacy of these processes and frustrated by the lack of productive outcomes. As much as we’d like to leave behind the impotence we experience with these processes, it’s extremely difficult to reverse the movement toward complexity.

As soon as a simple process becomes a technique, it grows only more complex and difficult.
It never becomes simpler.
It becomes the specialized knowledge of experts, and everyone else becomes dependent on them.

We forget that we already know how to do simple things like thinking, planning and holding a conversation. Instead, we become meek students of difficult methods.

In the presence of so many specialized techniques for doing simple things, we’ve become suspicious of anything that looks easy. And those of us who have technical expertise are especially suspicious.

I’ve seen myself pull back from simplicity more than once because I realized I wouldn’t be needed any longer. These are useful moments that force me to clarify what’s more important—my expert status or making sure the work gets done well.

There may be another reason why people hesitate to believe in simple solutions: it’s always hard to acknowledge that we’ve wasted our time.

If something’s so simple, why have we invested so much time and money in learning a complicated method?

We stay invested in what’s complicated just because it took so long to learn it.

But simplicity has a powerful ally: common sense. If we reflect on our experience, we notice that good solutions are always much simpler than we thought they’d be. Everyone has had this experience, many times over. Scientists are taught to seek the best solution using the rule of Occam’s Razor: when there’s a choice between two possibilities, choose the simpler one.

These simple solutions are called “elegant” in science. The beauty of the universe expresses itself in simplicity. 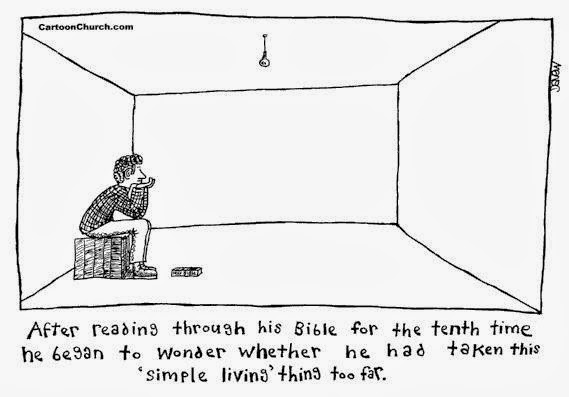 This being true, people often laugh when they finally realize there’s a simple, common sense solution to the problem. It’s a laugh of relief—and of recognition.

We remember all those other times we were surprised by simplicity. But I also think we need to give ourselves credit for our struggles with complexity. I’ve seen that there’s no more powerful way to initiate significant change than to convene a conversation. When a community of people discovers that they share a concern, change begins. There is no power equal to a community discovering what it cares about. It’s easy to observe this in our own lives, and also in recent history.

Poland’s Solidarity began with conversation—fewer than a dozen workers in a Gdansk shipyard speaking to each other about their despair, their need for change and their need for freedom. And in less than a month, Solidarity had grown to 9.5 million workers. There was no e-mail then, just people talking to each other about their own struggles, and finding their needs were shared by millions of fellow citizens. At the end of that month, they acted as one voice for change. They shut down the country in a general strike.

Real change begins with the simple act of people talking to one another about what they care about. Did they notice a dangerous street crossing near their child’s school? Cancer increasing in a neighborhood? Deaths caused by drunk drivers? It only takes two or three friends to notice that they’re concerned about the same thing, and then the world begins to change. Their first conversation spreads. Friends talk to friends. They talk to others, and it grows and grows.

(Closer home, the Indian Story of uprisal against corruption started with simple conversation and exchanges between individuals in the social media and new Hero has emerged!) Stories like this are plentiful. I can’t think of anything that’s given me more hope recently than to observe how conversations in which we express our fears and dreams can give birth to powerful actions that change lives and restore hope for the future. It’s all very simple.

2 thoughts on “Greatness lies where there is simplicity”