There was a very, very saintly priest whom everybody was extremely fond of. A young aspirant came to the priest’s hermitage and expressed his desire to practice spirituality. The priest said, “No, no, you are too young. I do not want to have you as my student.” 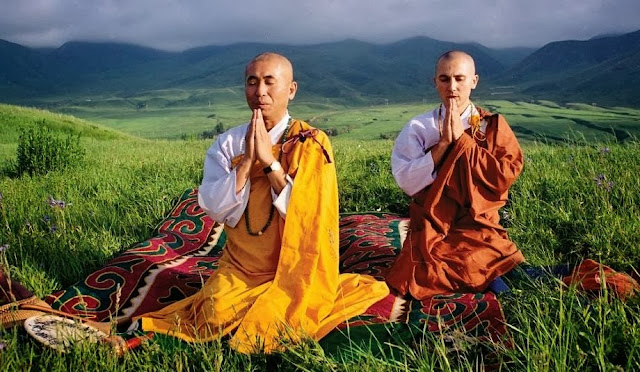 The young boy said, “It is true that I am young, but if I start at this early age, then in the course of time I will become very, very spiritual.”
The priest said, “I admire your philosophy. I accept you as my student, and I am blessing you so that you will become very spiritual.” Then the priest started giving the boy lessons.
By the time the boy had grown up, he had learned the sacred scriptures, and he had read many religious books under the guidance of his guru. People came to know that this great scholar was well versed in the Upanishads, the Vedas and many other texts. His guru had taught him, but the young scholar reaped all the glory. His reputation even reached the ears of the king.
One day the king summoned this young scholar to his court. The scholar said, “No, I am not going to see him. He should be my devotee.”
His guru said, “What are you saying?” 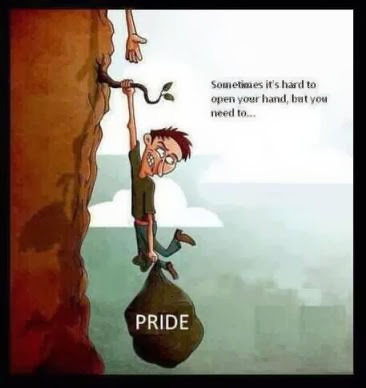 The young scholar said, “I do not need the king. If he needs me, then he should come here. He wants to receive some knowledge from me. Such being the case, why should I go to him? He has to come to me.”
The guru was almost speechless with shock. At last he said, “The king is calling you. Do not ignore him. Knowledge means humility. I beg you to go to him.”
The young scholar said, “No, no. It is the other way around. Whoever is hungry for knowledge has to come to the knowledge-giver. The king is hungry for knowledge, so he has to come here.”
The guru burst out, “I am sick of you! Is this what I taught you? I am going away alone. You stay here. You can take care of my hermitage, or you can go home, whatever you want to do. The king is so kind. Everybody loves him. Now he wants to know something about religious matters. You should go to him. If the king had asked me, I would have gone. I taught you everything because I did not care for name and fame. But you do care for name and fame. That is why you are so proud and haughty. You should go to him, but you are not going. I can no longer stay here. I am going out on a pilgrimage.” The guru took his walking stick and sadly left.
A few days later the young scholar was studying his books when he saw an elderly couple approaching. They were accompanied by a beautiful young girl. The elderly couple said to him, “Our daughter wants to study the Vedas and the Upanishads. You are known as a deeply spiritual person. Do you have any students who learn from you the way you learned from your guru? We are certain that your spiritual disciplines will not allow you to teach our daughter by herself. She is a girl, after all.”
The young scholar said, “I am above all that. For me it does not matter whether it is a girl or a boy. It will not affect my spiritual height. If your daughter wants to study with me, I can teach her.”
The elderly couple said, “But you are a saintly person. Are you sure that it is acceptable for you to teach our daughter?”
The young scholar said, “Oh yes. In fact, I will teach her for nothing. You do not have to pay any sacerdotal fee.”
The elderly couple bade their daughter farewell and the scholar started teaching her. The inevitable happened. In two weeks the scholar had fallen in love with the girl. The parents were shocked. They suspected something of this type would happen. Again, they had such admiration for the young scholar that they trusted him. Soon they came to learn that their daughter was also in love with him. In a short time the scholar and the beautiful girl were married. Everything had gone wrong.
In the course of time, the young couple had a child. Previously, the scholar had had a few other students whom he taught, but now nobody came to him because he had fallen. A friend of his came to him and said, “You cannot support your family on your meagre earnings. Now you have a son to think of. Why not go to the king and give him your knowledge?”
The scholar went to the king and said, “Some time ago, you asked me to come and teach you the sacred scriptures. Now I am in such serious financial difficulty. Will you hire me?”

The king said, “Yes, I am eager to learn. How often do you want to come?”
The scholar said, “I will come once a month and reveal to you the wisdom of the Vedas, the Upanishads and other scriptures.”
The next year the young couple had another son. The amount of money the scholar was receiving from the king was not enough. He said to the king, “May I come twice a month so that I may receive double the amount from you? Because of my second son, I need more money to meet with all my expenses.” Alas, the king agreed to this new arrangement.
A year later the couple had another child. Once more the scholar went to the king. This time he asked, “May I come weekly so that I can receive extra money from you?”
As time went by, he had even more children, so he was obliged to go every day to the king’s palace in order to support his family.
After many years, his old guru returned from his pilgrimage and he saw that his hermitage was overrun with children. He said, “What has happened? This was such a spiritual place! Now it is full of chaos. This is what you have done in my absence? Get out, get out, get out!”
The scholar said, “No, we shall not get out. This was your place, and you left it in our hands. We have made it beautiful. We have furnished it and added extra rooms. So you get out!”
The old guru said, “This is my fate. I did not want to teach you when you came to me as a young boy. I said, ‘No, no, I do not want to teach somebody so young. You have no experience of the world.’ But you begged me and begged me, so I surrendered. Now this is the result. I implored you to go to the king, but you did not go. At that time your pride did not allow you to go to him. But God will always find a way to smash our pride. Once upon a time it was beneath your dignity to go to the king. Now you are going like a beggar every day. You go there so you can support your family.”
The scholar and his wife refused to give the guru back his hermitage. He said, “Do I need these outer things? You need a wife, you need children, you need everything. I need only God. Once again I am leaving this place. I shall be a religious mendicant and wander to and fro. I shall depend on alms for my physical existence. Whatever people give me, I will eat, and I will sleep under the trees. I will spend the rest of my life as I started — only thinking of God and praying to God.”
—Sri Chinmoy, Life’s Bleeding Tears And Flying Smiles.