If only humans were more like machines. In theory, the ultimate trader would act like a robot, analyzing market data with unfailing accuracy, devising a trading plan, and executing it without flaw. But does trading work that way? Trading is more art than science. Without an intuitive grasp of the markets, it’s difficult to successfully trade the markets using short-term trading strategies. 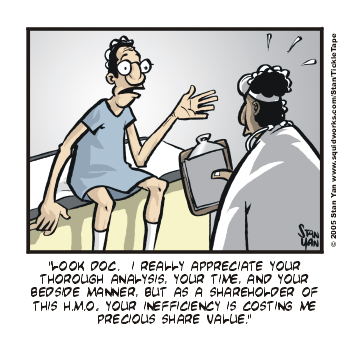 As Captain Kirk would constantly remind Mr. Spock on “Star Trek,” humans have the potential to intuitively grasp situations that evade pure logic. There are times when the world doesn’t operate in terms of logic. The physical world is the exception. The universe surely operates according to the laws of physics. If it didn’t, we could never travel through space or reach the moon. The human world, however, rarely operates with precise accuracy. Sure, there are those traders with fancy algorithms and mathematical equations to forecast the market action, but ultimately, the markets are really just humans making decisions and acting on their beliefs and emotions. Psychologists learned long ago that people’s actual real life behavior could not be broken down and predicted with mathematical equations. The most famous individual in the history of psychology was Professor Clark Hull. In his day, he was the leading figure in the science of psychology. He tried to illustrate how mathematical concepts can be used to forecast human behavior, but it didn’t work. Today, Professor Hull is merely a footnote in the history of psychology.

It’s vital to remember the fact that people are not machines, and because they aren’t, their behavior cannot be reduced down to simple formulae. As much as we want to believe science can do anything, it’s hard to fully account for human motives. You may ask, “Can’t we put multiple streams of information together in a multiple regression equation and forecast what the masses will do?” The answer is no, not in the short term. The best you can do is use past data to forecast the future. But history only repeats itself when it does. The “weighting” of a variable in the equation is not fixed, as it is in the physical sciences. One day the weight may be 1 while on another day, it may be 0. We don’t know what the precise weighting of the variable is until it’s too late. What can you do instead? You must trust your intuition. Again, trading is more art than science. You have to look at patterns and try to anticipate where the market will go next. Is it perfect? No. Is it uncertain and chaotic? Yes. You must accept uncertainty into your life. You must work under the assumption that you will be wrong more often than right. Over time, and with enough practice, you’ll see patterns emerge. You’ll see how market conditions change, and how trading is a matter of knowing what to do under specific conditions. There are consistencies when it comes to the market, but they are not always obvious. You must look for them. The more practice you have at studying the markets, the more you will trust your intuition and trade like a master trader.
*******************************************************
I would like to add that we need not worry about that “Intuition” whether we have it or not but follow our methods and act only when our methods give us higher chances of success and desist from acting when the clarity is less. These acts of ours will allow such an “Intuition” to develop in us.