I saw the driver trying to catch a glimpse of me in the rear-view mirror.
It was around 7 in the morning. At the apartment in Hauz Khas where I had been staying in Delhi for the past few days, I was all set to head home to Bangalore, my suitcase packed.The cab I had booked – the capital’s trademark black and green taxi – would arrive any moment. I had asked for three cup chai to be made. 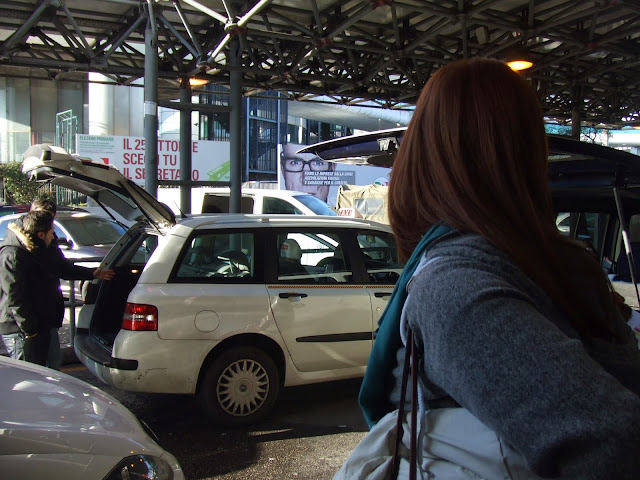 As soon as I got the missed call from the driver, I went down the stairs with two cups of tea. One of them, I handed to the security guard who had been on night duty, and the other to Nareshji, whose name I had asked the night before while booking. ‘Chai peejiye, phir chalengey airport,’ I told him.
When I finished my tea, I loaded the luggage onto the car, and we started. I had a couple of phone calls to make, when I saw the driver trying to catch a glimpse of me in the rear-view mirror. Frail, thin, somewhat serious-looking, perhaps in his 50s, I could see he was trying to tell me something.
‘Madam ji ,’ he started, as soon as I kept the mobile phone down. ‘Aap kaun hain, kya hain, yeh mein nahi jaanta..’. To continue in English what he went on to say, “I do not know who you are, what you do. But just feel like telling you. I’m actually an electrician from Lucknow, shifted to driving. I have been taxi driver in Dilli for 9 years now, and you are the first person till date who offered me tea with your own hands.’

‘Everyday I ferry so many people, and many of them look quite rich. But they have no time to greet, no time to even smile, most of them talk down to people like us. Kya faayda bolo? They may be having huge bungalow, lots of money…Kuch kaam aaya? Did any of Rajesh Khanna’s wealth and fame help him in the end? Unless you show genuine love to people, of what use is any of this?’
I watched him, stupified, not knowing how to react, just managing a ‘Bahut shukriya Nareshji.’ But more generous blessings were in store. ‘I cannot give you anything in return, but I pray and bless you that whatever wealth, fame and all the happiness you have today, may it be doubled.’
I thanked him again, and then we got chatting about Bangalore. He wanted to know if the city was really as beautiful as people said it was, and was it easy to find ‘naukri’ because ‘your Benglaur has so many big-big IT kampnis?’ We were nearing the airport’s T3 terminal. At the departure, the man pulled the taxi to a side, got out, put my luggage on the trolley quietly. And when the fare and bill was exchanged, he folded his hands together and said, ‘Yeh din mein kabhi nahi bhulunga madamji.’

I won’t deny the super feel-good factor I got, that too just when leaving a city, and I’m under no illusion that I’m this lone angel — far from it. But Nareshji’s 9-year wait certainly set me thinking, about the times we live in… sure that’s some tea for thought?

6 thoughts on “Over a cup of humani-tea”