We read comic books where saints fall ill when they touch money. We are told that men and women who shun money are sages, holier than the rest, and closer to God. This is extremely peculiar, considering that Lakshmi is a goddess, the beloved of Vishnu, the preserver of the world. Vishnu is popularly worshipped as Shri-nath and Tiru-pati which means lord of affluence and abundance. 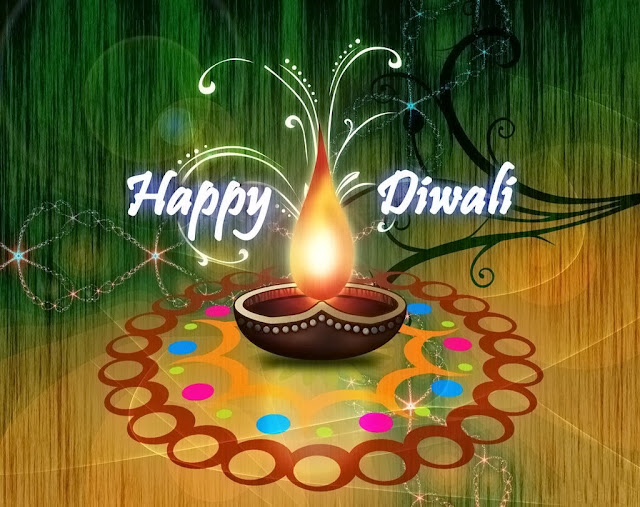 Wisdom is all about appreciating wealth in its context, not denying wealth.

Deepawali is the darkest night of the year, the night of kartik amavasya. It is the night when dark forces are at their peak. However, the darkest hour also holds within it the promise of a new dawn.

The night of Deepawali is also when it is easiest to access the power of light. The essence of the festival of lights lies in the shloka,

‘Tamso maa jyotir gamaya’ –Take me from darkness to light – the light of internal jnana, or knowledge, the glow of which attracts Devi Lakshmi home.

It is a night not to ask for more and more wealth, but to request the goddess to give you wealth but also detach you from it because all that is physical is nashvar or temporary…it will go and when it does, it will give you immense pain.
Interestingly, Goddess Lakshmi cannot stay at one place for long. If one traces the life of Sita, this fact would be evident. She emerged from the earth, spent her childhood at Raja Janaka’s, to be married off in Ayodhya, to be exiled to the forest, to be abducted to Lanka and then be rescued and returned to Ayodhya only to leave for Rishi Valmiki’s ashram and finally merge back into the earth. Neither Janaka, nor Rama, Ravana or even Luv and Kush, could keep her for long…such is the swaroop and shakti of Lakshmi.
It is foolish to even think that you can hold on to her and the wealth and physical riches that she brings with her…all of it is bound to leave. So, instead of waiting for Lakshmi to come to your house and shower wealth and physical pleasures upon you, try for something different this Deepawali. Ask, but also give.
Have fun, but also be prepared by asking for detachment from the physical.
–speakingtree.in