Kamala and her husband Ramesh were overjoyed at the birth of their first daughter. They celebrated with their neighbors and even called a pundit (a Hindu priest) to attend the celebrations. This happiness lasted until Kamala delivered another baby girl. Ramesh was upset by this news because he wanted a son very badly. Ramesh’s desire to have a son was due to the fact that it is traditionally the son who takes care of the parents once they are old. Also, it is the son that lights the funeral pyre of the parents.

He could accept having one daughter, but the thought of having two girls was a burden. He took his anger out on Kamala and cursed her because she was unable to bear him a son. Kamala felt helpless and miserable because she had no control over the situation.
Ramesh and his mother began to neglect Kamala and her daughter. They refused to give Kamala and her daughter any food during this vital time in the child’s development. The village was also on Ramesh’s side and they blamed Kamala for only having daughters. Sujata Devi, Kamala’s mother, was furious when she heard how her daughter and newborn granddaughter were being treated. She could not believe that the child’s own father was neglecting the well being of his daughter.
Sujata Devi met with her in-laws and attempted to explain to them that having a daughter was just as much of a blessing as having a son. However, they did not listen to Sujata Devi and they continued to ridicule Kamala. Sujata Devi was especially angry because her son in-law was abusing Kamala. She wanted Ramesh to have a lesson in genetics because she knew that it was the man that determines the gender of the foetus. This is because the woman can only give an X chromosome and the man can give either an X or Y chromosome, which determines gender.
She demanded that he accompany her to Dharamsala Hospital to meet with a doctor, but Ramesh brashly refused to come with her. Ramesh realized that he had no choice and he accepted his second daughter. 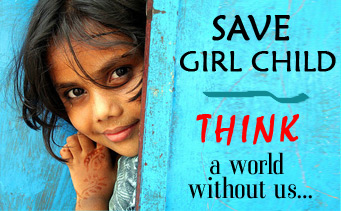 Ramesh was determined not to have another daughter when Kamala was pregnant with her third child. He was willing to go to any lengths to ensure that he did not have a third daughter. He was even prepared to kill the fetus.
Ramesh decided to force Kamala to get an ultrasound test to in order to determine the sex of the child. Sujata Devi found out about her son in-law’s plans and she begged them not to go ahead with the test. However, Kamala and Ramesh proceeded with the test and found out that they were going to have another girl. Kamala was scared that her husband would take drastic measures and she begged him to save the baby. Her cries were not heard and she was forced to have an abortion.
The doctor removed the lifeless foetus from Kamala’s womb, leaving her traumatized. Sujata Devi became enraged when Kamala told her mother about this dreadful incident. She could not believe that her son in-law was capable of such an atrocity. Also, she could not tolerate Ramesh and his mother treating Kamala as if she was a childbearing machine.
Sujata Devi was extremely frustrated, so she turned to her dear friend and employer Dr. Kshama Metre (affectionately called Dr. Didi). Dr. Didi immediately called Ramesh to CORD(Chinmaya Organization for Rural Development) and scolded him for what he had done and pointed out the repercussions of his actions. Ramesh remained silent.
Things remained calm until Kamala became pregnant with her fourth child. Ramesh wanted to determine the gender of the child, so he forced Kamala to have an ultrasound. The family was happy when the ultrasound revealed that the child was a boy. However, Kamala unexpectedly delivered a baby girl. Consequently, everyone began to curse and harass her.
Ramesh began to beat her because she had given him another daughter. Kamala called her mother in tears and Sujata Devi tried to help her. She spoke to her in-laws and attempted to explain to them that having a daughter was not Kamala’s fault, but they refused to listen. In the meantime, Ramesh devised a plan to get rid of his newborn daughter. He snatched their daughter out of Kamala’s arms and gave her to a couple that was waiting outside in a taxi.
Kamala was stunned and she immediately called her mother for help. Sujata Devi told Dr. Didi about the shocking abduction of the newborn, and Dr. Didi immediately offered to help them search for the baby by allowing them to use one of CORD’s vehicles. Sujata Devi and the rest of her family stormed into Kamala’s house and demanded that her in-laws reveal the baby’s location.
She shoved a piece of paper and pen towards Ramesh and demanded that he write down the location of the baby. Ramesh did not know the exact location, but he assured Sujata Devi and Kamala that he would bring the baby back within three days. After three days, the baby was safely back in Kamala’s arms. Once the baby was brought back home, Ramesh refused to support her. He told Sujata Devi to support the baby because she had insisted that they keep the baby.
However, Ramesh was soon offered a good government job and took his daughter’s birth as a sign of good luck. He also stopped drinking and began to improve his life. Today, Ramesh and Kamala are living happily with their three girls.
CORD workers were appalled by Kamala’s story and they felt that they needed to bring visibility to the problem of female foeticide and gender discrimination. Consequently, they arranged a puppet show in Kamala’s village depicting the horrors of these issues. The puppet show marked the beginning of a new Female Foeticide Program at CORD.
This program brings awareness to villagers about the equality of men and women and prevents villagers from taking the life of a female fetus. This program teaches respect for women in the community. 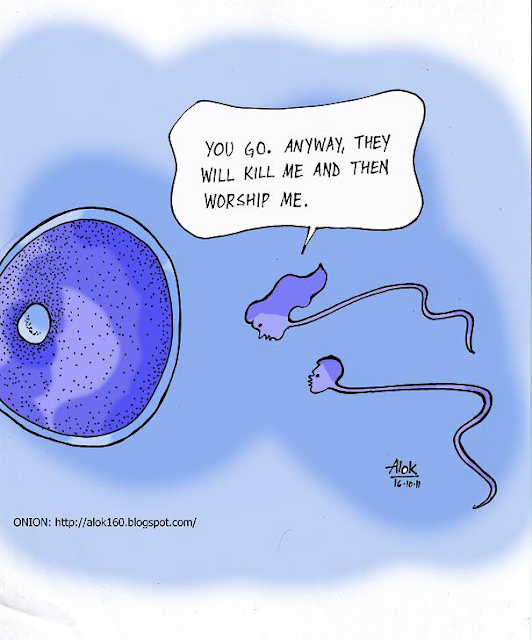 Kamala is now a CORD worker and she brings awareness about female foeticide at Mahila Mandal (Village Women’s Group) meetings.
A CORD Resource Worker, Sheila Kumari, wanted to address the issue of female foeticide and gender discrimination in her own village. Sheila Kumari educated her community about these concerns and the consequences of getting an ultrasound test. Sheila Kumari helped a poor woman in her village of Dhaloo who already had a daughter and was pregnant with her second child. Everyone in her family and her village wanted her to get an ultrasound test and abort the foetus if it was a female. Sheila Kumari helped them to realize that having a daughter was not a burden, but rather a joy. She convinced them not to get the ultrasound, which is expensive, and to deposit that money into a bank account for their daughter.
Beena Devi, another CORD worker,also addressed these problems in her village of Hatwas. She made her village aware of the fact that females are just as capable of carrying on traditional customs. One tradition, which is still upheld today, is the custom of the son lighting the funeral pyre of his parents. This is another reason why many couples prefer to have a son over a daughter. Beena Devi’s brother had three daughters, so when he passed away, he did not have a son to light the fire. This caused a great deal of debate in the village, but Beena Devi insisted that the eldest daughter carry on the custom of lighting the pyre. Consequently, she became an example for her village.
The discrimination of females is result of generations of male dominance. Females are belittled throughout their lives and their existence is unwanted even before they are born. However, CORD, with the help of Resource Volunteers, seeks to uplift the image of women and empower them.
The stories of Kamala, Sheila Kumari, and Beena Devi all show villagers willingness to adapt and to reverse long held beliefs and customs.

1 thought on “Having a daughter is not a burden, but rather a joy”