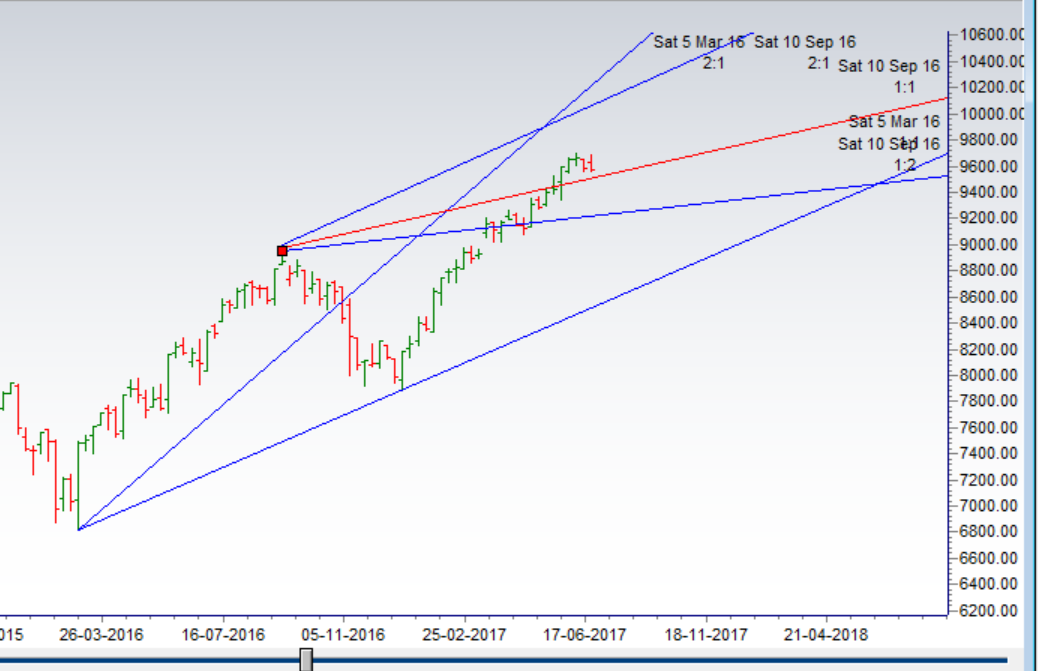 Last Week we gave Chopad Levels  of 9610,  Nifty gave 2 time Long Entry on Monday and Wednesday  and did the first target on Monday and Thursday, Short were triggered on Friday but failed to do target of 9540 and made low of 9565. As discussed in Last Week  we approach important time cycle turning point on 22-23 June. If low of 23 June 9565 is held we can see good bounce back for around 150-200 points.  Break of 9565 can lead to similar move on downside. Nifty As per time analysis 27/30 June  is Gann Turn date , impulsive move can be seen around these dates.