o do what you like and like what you do is indeed a divine work.
Work is an opportunity to find oneself.
A Disciple asked his Master—– 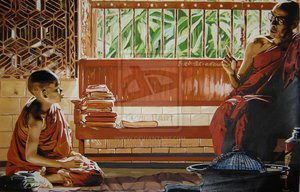 What is the power that makes the eyes see?
‘The eye of the eye!’
What is the power that makes the ears hear?
‘The ear of the ear!’
The Master then asked the disciple –‘Did you understand what I said?’
‘No, I did not!’ said the disciple in confusion.
‘If you did not understand my explanation, it means you have understood.
If you have understood, it means you have not understood!’
Do you think that the above dialogue is between people under the influence of drugs?
Well, the above dialogue is found in Kena Upanishad, one of the Hindu Scriptures!
Human beings possess one special faculty that none of the other living beings have. That is the ability to think. A computer on the ground controls the satellite thousands of kilometres away. It can carry out all the instructions sent by humans, perfectly like a slave. But it cannot think. The only living beings on earth that are capable of thinking are human beings!
How many of us utilise this thinking capacity? and wisely…
In order to make a disciple think, the Rishis devised many methods. Many such strategies are found in Kena Upanishad. Once the thinking door is closed, we become fools. Almost like the servant in the following story!
There was a trader who sold rabbits. One day, he gave a rabbit to his servant and said, ‘Go and deliver the rabbit to this lady and bring the cash in return, without fail. Here is the address.’
The servant, while going through a crowded market place, happened to collide with a man coming in the opposite direction. He fell down and the rabbit escaped from his hand.
The servant merely stood, watching the rabbit running away. The onlookers said, ‘Hey, you idiot! Run and catch the rabbit!’
But the servant said unperturbed, ‘so what, if the rabbit ran away? I still have the address given by my boss safe with me!’
Do you know why I have narrated this story? 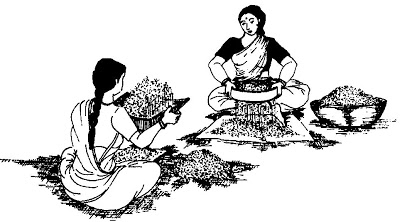 So far, I have narrated several parables only to instill the moral values of the stories, in you. But, if you take only the story and keep aside the morals, you would be like the servant who was satisfied in keeping the address intact and allowing the rabbit to escape–you too would have felt content reading the stories but would not have imbibed the essential moral from them.
Ignorance is a very serious curse. Being foolish is a greater punishment.
The strange thing is, we are solely responsible for inflicting on ourselves, the curse as well as the punishment.
In this world, it is not enough just to own degrees awarded by the university. One should also be intelligent. So, read a lot! Think deeply. Work with purpose! All the twelve months of the year in your life would be like springtime!
The Guru told his disciple who was graduating from the Gurukula after many years of study:

‘Be like a Winnow (grain sorting pan) and not like a Sieve!’
Do you know the meaning of this?
A Sieve allows all the good stuff to pass through its pores while retaining the waste materials within.
A Winnow (grain-sorting pan) on the other hand, discards the stones, chaff…., and retains only good grain. What are you? Sieve or Winnow?
Knowledge is the ability to distinguish between the essential and the unessential. 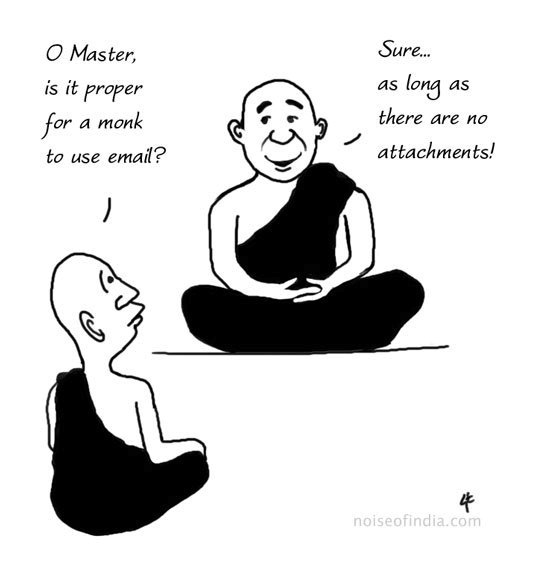 Ignorance stiffens thinking and makes you lose the flexibility to to see the essential and the unessential clearly.
Focus and act from what is essential. Then the mind will be wisely employed.
We get a word, lose its meaning and thereby miss the context.