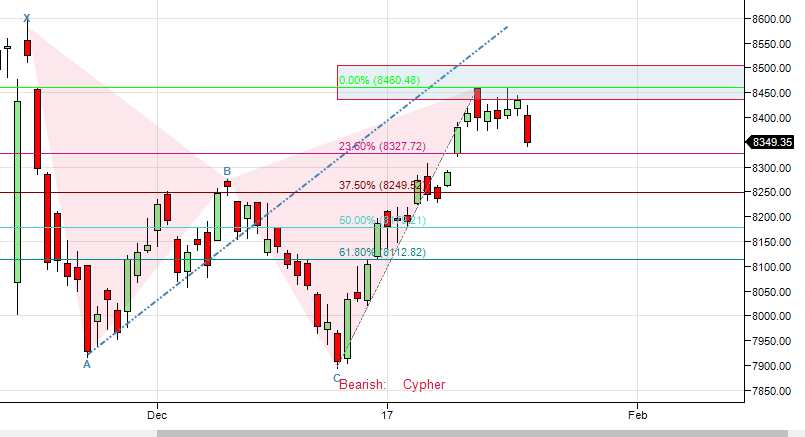 Last Week we gave Chopad Levels  of 8416, Nifty gave Short Entry on Monday but got stopped on Tuesday. Long Entered on Wedneday got Stopped out on Friday and Shorts taken on Friday rewarded Chopad followers making the coming week netural one. Risk and Money Management plays an important role during such sideways market conditions.  Lets Analyze How to trade Nifty in coming week. As discussed in last analysis Cypher harmonic pattern got completed and correction can be seen till 8295/8240 range unable to close above 8460. Nifty As per time analysis 23/25 Jan  is Gann Turn date , impulsive move can be seen around these dates.

It was negative week, with the Nifty down by 51 points  closing @8350 taking support at the upper end of  channel. As new time cycle is coming so expect good move in market in next 2 weeks. Monthly chart should hold 8295 for Bulls to rule in next 6 months.