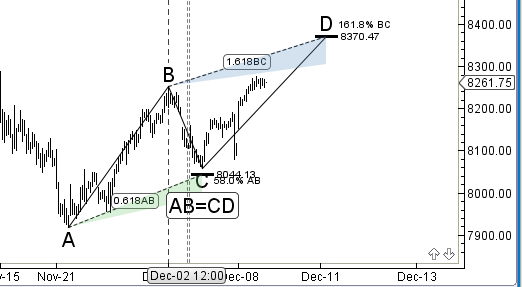 Last Week we gave Chopad Levels  of 8286, Nifty gave no entry as it opened gap down at 8230 thus chopad followers did not get an oppurtunity to trade last week, break from trading after long time 🙂 Lets analyze how to trade nifty in coming week expecting some good move. Nifty As per time analysis 20/22 Dec  is Gann Turn date , except a impulsive around this dates.

It was negative week, with the Nifty down by 122 points  closing @8139 forming a Inside bar candlestick pattern and closing below  8150, New Time Cycle starts from 15 Dec-10 Jan started on a choppy note, expect some good move in coming week.