” The best way of evading the fire of hell lies in feeding the hungry , providing water to the thirsty , removing the wants of the needy and befriending the miserable .”- Sufi.
In 1987, a 74-year old rickshaw puller by the name of Bai Fangli came back to his hometown planning to retire from his backbreaking job. There, he saw children working in the fields, because they were too poor to afford school fees. 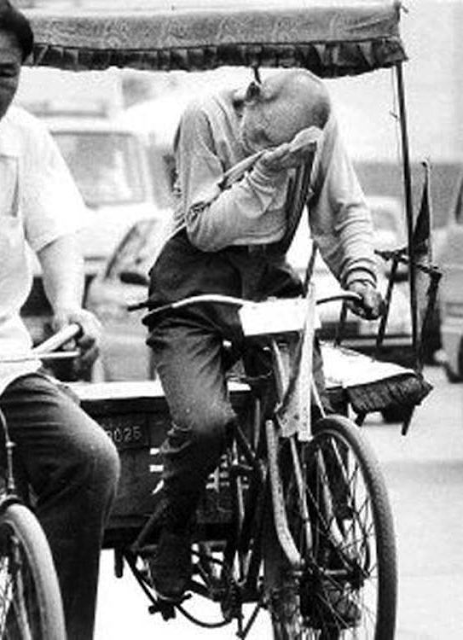 Bai returned to Tianjin and went back to work as a rickshaw puller, taking a modest accommodation next to the railway station. He, sometimes, waited for clients 24 hours a day, ate simple food and wore discarded second-hand clothes he found. He gave all of his hard-earned earnings to support children who could not afford education.
Using the money he earned from peddling trishaw, Bai Fang Li has contributed to finance more than 300 poor students in their tuition fees and living expenses, helping them to complete their studies.
His daughter recalls “He suffered throughout his life, saving on food and drinks, stitching his torn pants over and over again. When you throw away his old pants and buy new ones for him, not only that he does not want to wear them but he also gets angry.”
When the elder peddles trishaw, his clothes, hat, shoes and socks all do not match, as if he is a beggar. “I had never bought any clothes before. You see, the clothes that I wear are all picked up from the clothes people threw away. Look at my shoes, they are different, even the socks inside are different! The same applies to my hat; it was also collected from dumpsites.” he said. 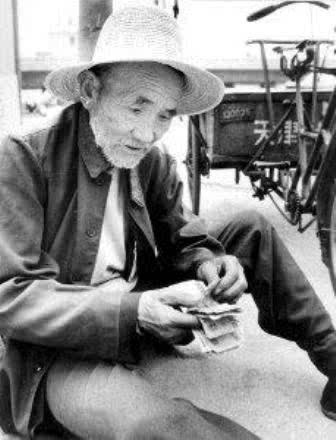 His family members who could not resist looking him like that have advised him but to no avail. In response to that, he simply picked up a bun and said to his children “What is so hard about this? This bun is the product of the farmers’ hard work. People throw it away; I pick it up and eat it; isn’t this a way to reduce wastage?”
Bai has never thought to be rewarded. When asked about what he expected of the children, his humble reply was “I only want them to study hard, get a good job, be a good person and to give back to the country.”
In 2001, he drove his rickshaw to Tianjin YaoHua Middle School, to deliver his last installment of money. Nearly 90 years old, he told the students that he couldn’t work any more. All of the students and teachers were moved to tears.
Bai passed away on September 23, 2005, in a hospital  leaving behind an inspiring legacy. Hundreds turned up at his funeral. 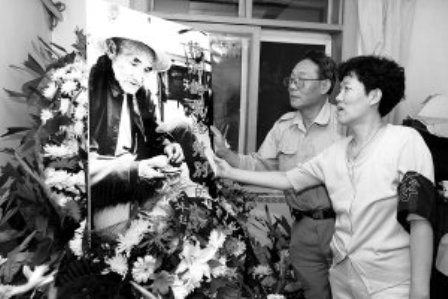 In total, Bai had donated a total of 350,000 yuan to help more than 300 poor students continue with their studies.
A rickshaw-puller who wore used clothes and had no education, supported 300 children to go to school at such an old age most wish to retire & do nothing…
There is always time to do something, if only one wills it.
Bai willed it and pulled it off quietly