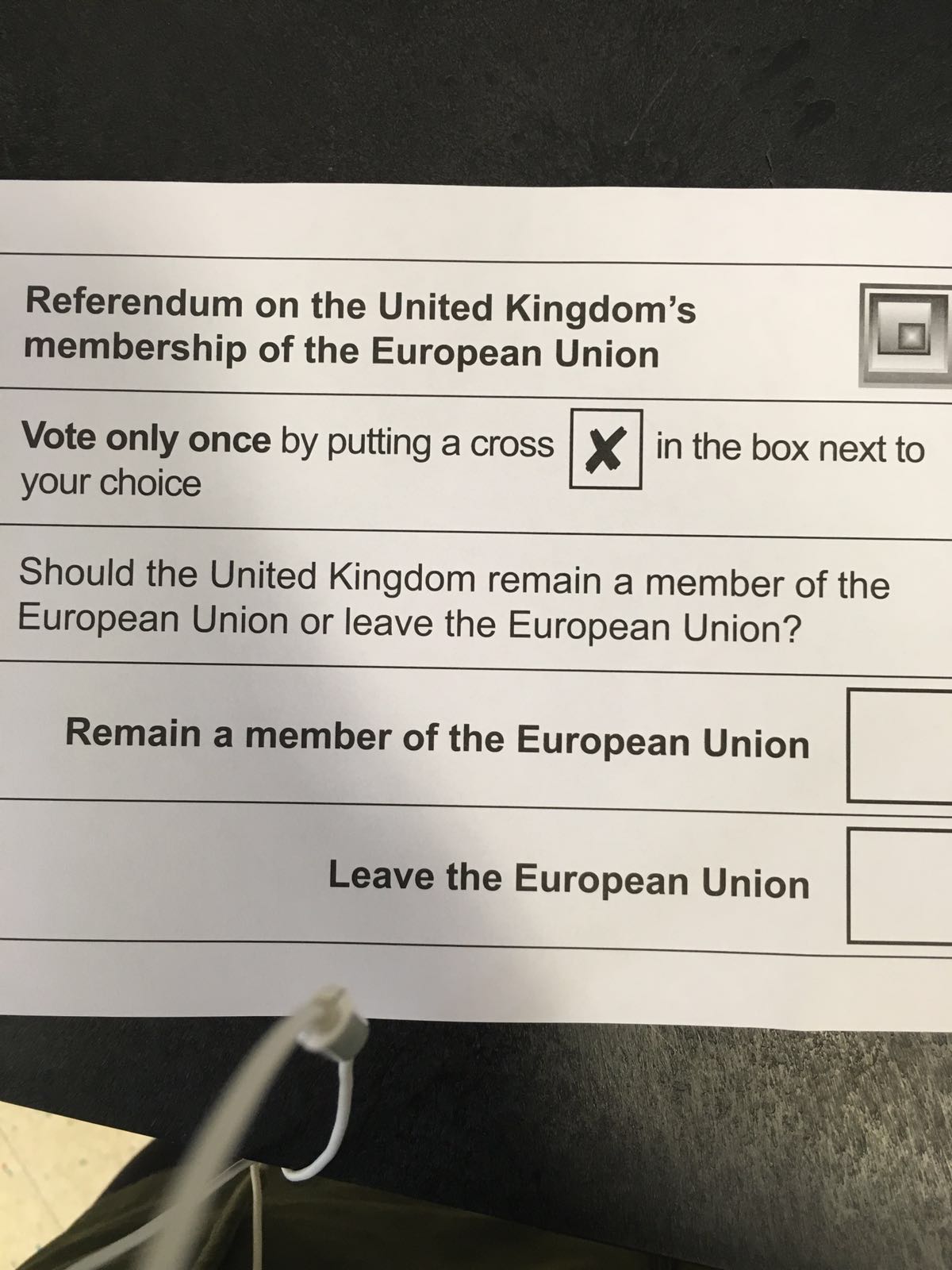 British voters are going to the polls on Thursday to vote on whether their country should remain a member of the European Union. Its had been in Media from last 2-3 weeks and had now reached a state of Frenzy.

British Prime Minister David Cameron courted conservative and anti-EU voters during the last election by promising to hold a referendum on the UK’s membership of the 28-nation bloc by the end of 2017. The EU economy is currently worth $16 trillion, the equivalent of one-fourth of the global gross domestic product (GDP). In recent years, there has been much disquiet in Britain over migration into the country from within the EU and its effects on wages and public services. Basically British are fearing Immigration from EU countries are taking their Jobs.

British and Irish citizens 18 and over who are resident in the United Kingdom, as well as UK residents from Commonwealth countries who have the right to live in the country can vote in the referendum. The Electoral Commission says a record number of 46,499,537 voters were registered for the referendum by Tuesday.

What’s On The Ballot Paper? It could undermine global growth prospects. The EU is the largest trading partner for many countries such as India and China. Any unravelling of the EU market means uncertainty as it is an export destination and this is likely to have an impact on exports from all major parts of the world. For example, at present exports to the UK account for 0.7 % of Asian countries’ GDP. Some studies estimated that a Brexit would reduce British imports by 25% worldwide within two years.

Data with the Commerce and Industry Ministry shows India’s bilateral trade with Britain stood at $14.02 billion in 2015-16, out of which $8.83 billion was in exports and $5.19 was in imports. The trade balance thus was a positive $3.64 billion. Which can take a Big Hit if Britain moves out of EU.Indian Rupee can take a Big hit which can affect Stock Market and Indian Economy.Brexit can affect India’s flagship IT sector given that the UK accounts for 17% or one-sixth of the sector’s global exports that topped $100 billion (approximately Rs.6.70 lakh crore). For one, Brexit will increase overhead costs, setting up new headquarters, perhaps in both Europe and Britain.

When And How Will The Result Be Announced?

Regional counting offices will send their results to Manchester, where the chair of the UK Electoral Commission is expected to announce the official outcome at about 7 am (0600 GMT) on Friday. However, the result may well be known as early as 4 am (0300 GMT) as media tally the local results.

Is The Referendum Binding?

No. Parliament isn’t legally required to abide by the vote, but there would be strong political pressure to do so, especially if the result of the referendum is clear-cut.

My Personal Take is Britain will not  leave in Euro , As We have Greece Exit drama 2 years before, Rajan Exit recently and now Brexit all these situations was used by market to make a bottom and rally. If Nifty close above 8210 today we can see move towards 8300/8336/8392 in next 2-3 days. On Downside Fresh short only on close below 8070.

13 thoughts on “UK Brexit explained: What you need to know”