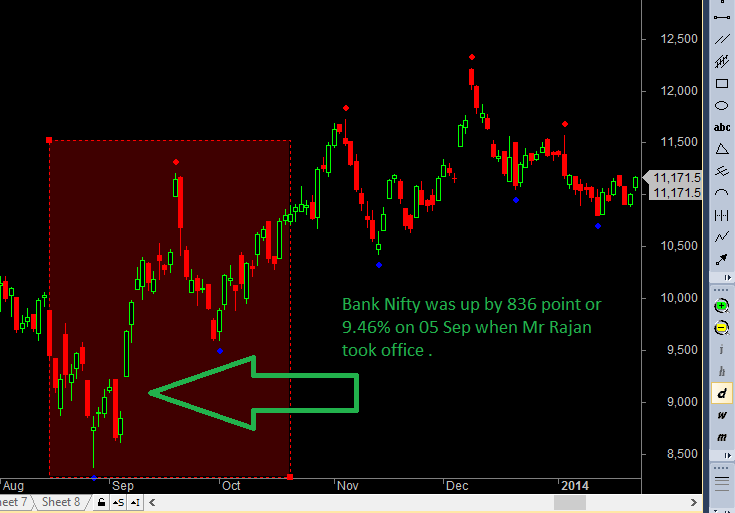 Rajan announced that he won’t be accepting second term as RBI Governor and plans to return back to academia,which might rattle both stock market and currency market.

Since 1992 RBI governors are appointed for 3 years and get extension for 2 years. Mr Rajan will be the first governor who will not get extension since 1992.

On 5 September 2013 he took charge as the 23rd Governor of the Reserve Bank of India, under whom Indian Rupee become pretty stable and inflation declined from High of 9% to Low of 3.5%. Nifty made low of 5118 on 28 Aug made Long term bottom and rallied till 6142 on 19-Sep, Rally of 1024 points in 17 trading sessions. On 05 Sep Nifty was up by 150 points when Mr Rajan Took office.So going by sheer number we should see considerable impact on Bank Nifty on Monday. 25 thoughts on “Impact of RaghuRam Rajan Exit on Indian Markets”