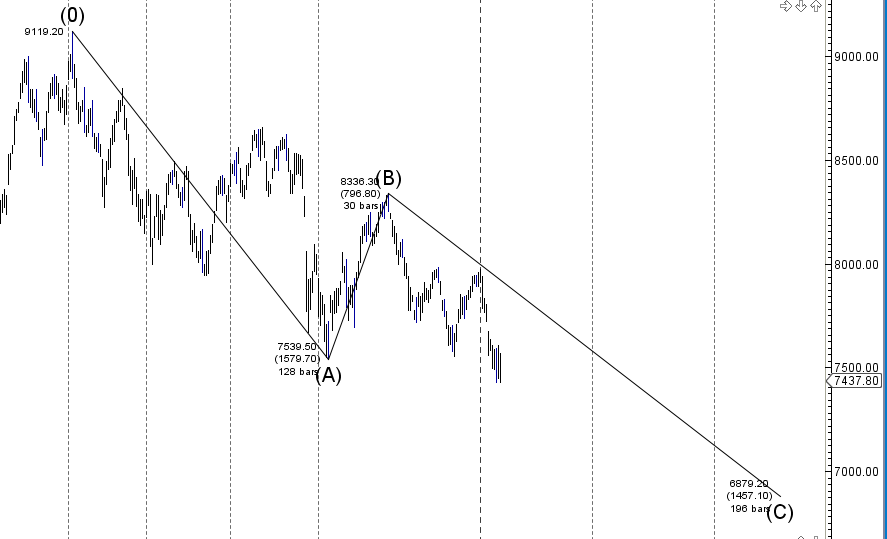 Last Week we gave Chopad Levels  of 7555 , Nifty opened gap down below chopad levels and made low of 7494 before bouncing back near 1 target of 7605,  Shorts  Intitated on Tuesday were rewarded with  2 target done by Tuesday only.Lets analyses how to trade nifty next week.

Nifty moved perfectly in pyrapoint angles break support at 315 line, and saw a quick fall till 360 and took exact resistance at 315and again had a fall till 360 degree. Shark Pattern will get complete around 7503 level where we need to observe the price action. Holding the same we can see sharp bounceback.  Nifty bounced back 3 times from 7503 before finally closing it below 7503.

Now Nifty is forming an ABCD pattern which gets completed around 7221 as shown in above chart.

Gann angles are shown above as shown we can see move till blue line.

Self explanatory chart of Weekly Supply and Demand zone is shown,Weekly close below 7563 can see moving towards 7118 levels. Keep in mind the possiblity of EW pattern.

Nifty As per time analysis  18/20 Jan  is Gann Turn date , except a impulsive around this dates. Last week we gave 12 Jan Nifty saw a volatile move.