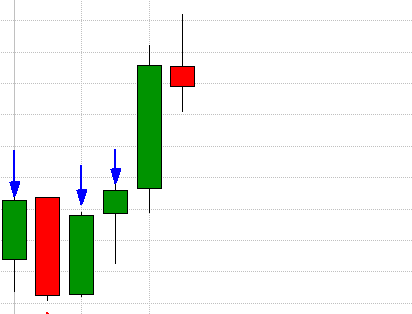 2015 year started with a Bang with Nifty clocking a gain of 6.35% in Jan Month but as per Gann Yearly cycle we made a High of 9119 04-March-2015 which was the Top of market when RBI gave the surprise rate cut and came down till 7539 08-Sep-2015 and closing the year with a loss of 3%. We can consider 2015 as year of consolidation after Nifty made heft gains off 28%i 2014 riding the MODI wave. Quarterly and Yearly chart of Nifty are shown below.

A Spinning Top indicates a strong fight going on between the bears and the bulls. The bulls are giving it their all, as are the bears. Nobody has won the fight yet, so the candle closes near to its open price.Open of Nifty was 8273 and Close was 7947. Next Year will be very important Year as we will be completing the 8 year cycle and will also see if Spinning top will show effect.

Quarterly chart have formed an DOJI and Inside Bar candlestick suggesting next quarter we should see good trending move in market, Breakout above 8336 and Breakdown below 7551 for a move of 500+ points.