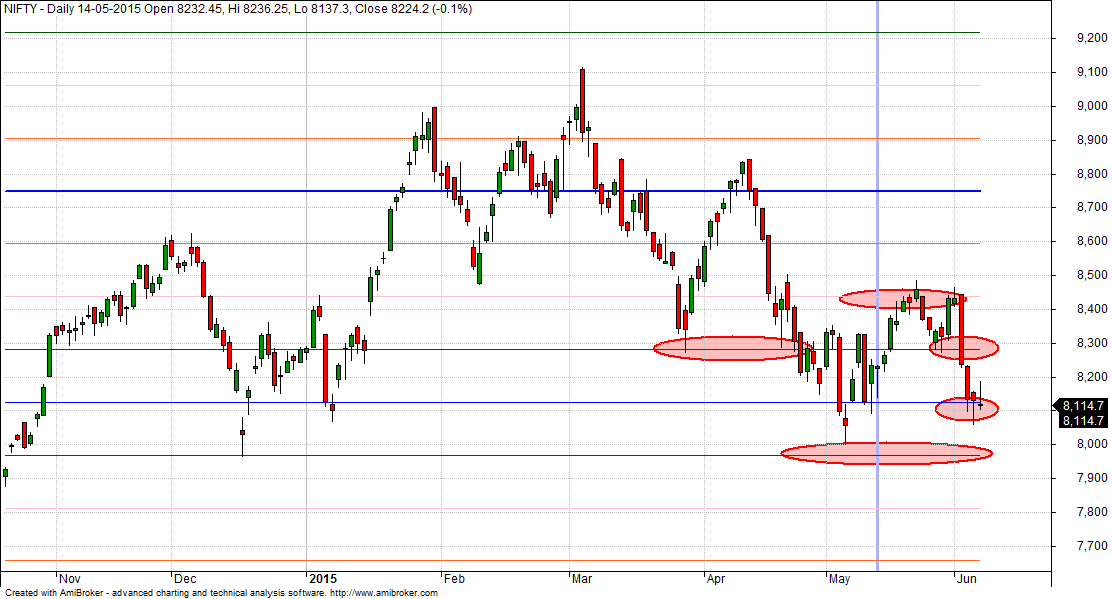 As per Pyrapoint Analysis able to sustain above its 90 degree line, suggesting move towards its 112.5 degree line which lies near 7961.Resistance @45 degree line @8232. Nifty as per market profile if unable to cross 8210 downside is still present. Bullish above 8210 for short term target of 8338. Nifty has completed the BAT pattern on downside. Nifty As per time analysis 08 June/10 June  is Gann Turn date , except a impulsive around this dates. Last week we gave 02 June/05 June Nifty saw a volatile move . As per PE ratio has again down  to 22.49, Result season finally showed effect and nifty corrected almost 5% from 23 odd levels.