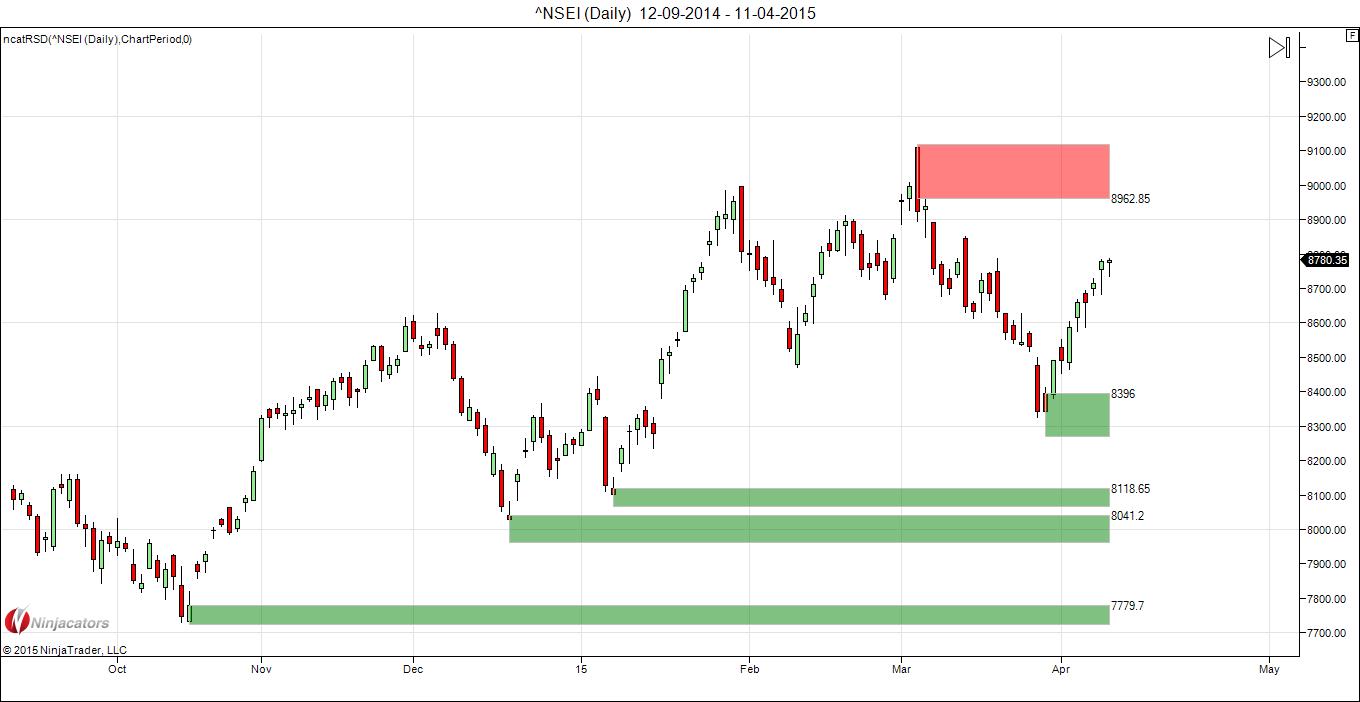 Last week we gave Chopad Levels  of 8627 , Nifty did 2 target on upside and missed 3 target by 19 points and got stopped out on downside. We have trading holiday in coming week, IIP data came good and CPI data will be coming on Monday. Lets analyze how to trade market in coming week. As per Pyrapoint Analysis close above 8820 is required for rally to continue and  short term reversal as its 135  degree line. Nifty as per Market profile 8718 should be closely watched in coming week, Holding the same rally continues till 8931. Breaking the same can see pullback till 8630/8504.

Nifty fractal which are swing high an swing top are shown in above chart.Also we have included indicator which defines bulls and bear trend, As of now trend is up till 8640 is not broken. A/D line shows we are in accumulation phase. ON Daily chart Nifty Gunner bouned from red arc and took resistance at green arc. Close above 8820 can make move towards 8931/9000. Traders who bought as per last message should have got rewarded

Nifty As per time analysis 13 April/15 April  is Gann Turn date , except a impulsive around this dates. Last week we gave 06 April/08 April  Day  and Nifty saw a volatile move on both the days . Nifty near its Fibo fan resistance so next week we need to see do we get the follow up move. It was positive week, with the Nifty up by 194 points  closing @8780 , and closing above its 20 WSMA and also entered back its weekly channel. Next time cycle which will be till 23 April  which will be positive to negative. As discussed last week As per Gunner pattern we are might has formed short term bottom and heading for trend change near the grey line. Now Nifty is  heading towards 9000 till 8730 is held as per gunner. As per PE ratio has again up to 23.51, Result season is going to start unable to upgrade the earning can see nifty moving in bubble category.