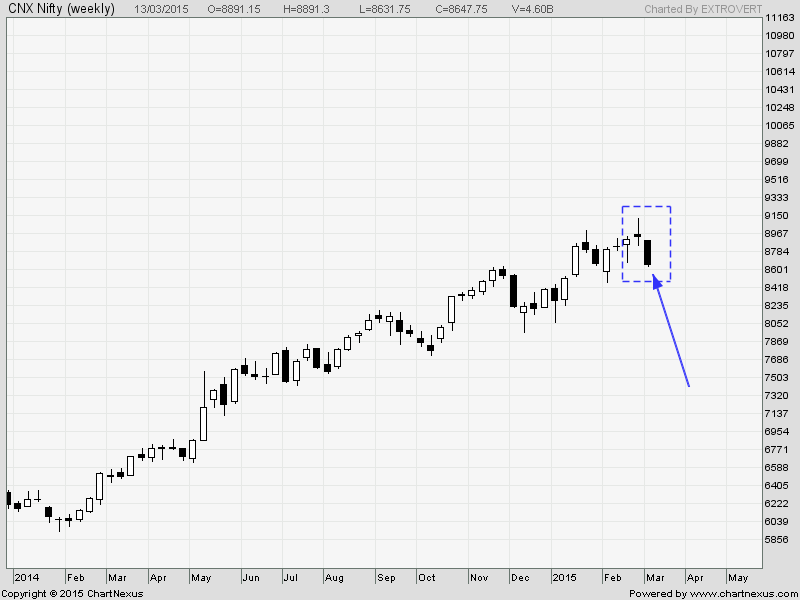 In Continuation of Previous article

The Harami pattern is a real small body that is contained within what the Japanese call an “unusually long black body or white real body.” “Harami” is an old Japanese word for pregnant. The Japanese nickname for the long candle is the “mother” candle and the small candle is the “baby” or “fetus.” The second candle of the Harami can be white or black. The Japanese will say that with a Harami the market is “losing its breath.” The sellers may be in control of this stock. The piercing pattern is composed of two candles in a falling market where sellers are in control. The first candle is a black real body day and the second is a white real body day. This white candle opens lower, ideally under the lower of the prior black day. Then prices rebound to push well into the black candle’s real body which can set-up a powerful reversal. This pattern is a major top reversal pattern formed by three candlesticks. The first is a tall white real body, the second is a small real body (white or black) which gaps higher to form a star, and the third is a black candlestick which closes well into the first session’s white real body.