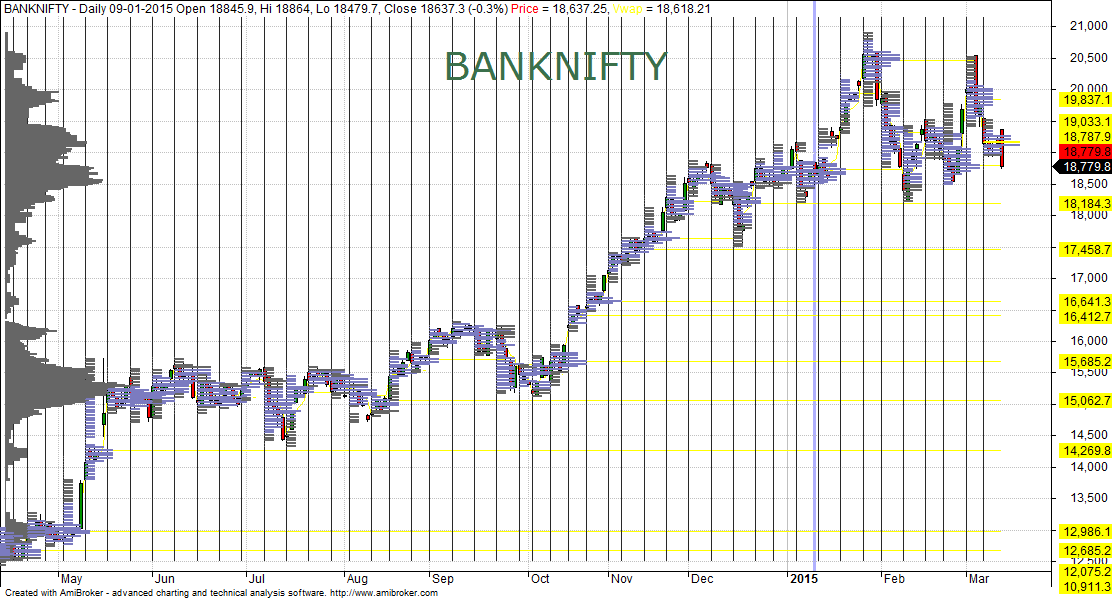 Last week we gave the Chopad level of 19596 Bank Nifty achieved 3 target on downside .Lets analyze how to trade next week. Bank Nifty took support at the trendline @18750  and closed  near it. 2 Demand zones are marked in above chart, 18500 and 18300 respectively. Break and close below 18750 can see bank nifty moving to these 2 mentioned levels. As per Pyrapoint Box Bank Nifty is on verge of breaking blue line any break below it can see bank nifty going to 18500/18222. On the verge of breaking the channel will 100 DMA will come to rescue for bulls again ? Bank Nifty is on the verge of forming Bullish Butterfly pattern price action near 18500 should be watched holding the same bullish move can be seen as per this pattern. Again dips near 18500/18200 should be bought into near quality banking stocks.

Bank Nifty As per time analysis 16/20 March  is Gann Turn date , except a impulsive around this dates. Last week we gave 10/12 Mar Day  and Bank Nifty saw a volatile move on both the days . It was negative week, with the Bank Nifty down  by 968 points  closing @18779 forming a Evening Star candlestick pattern, and breaking the middle line of Andrew Pitchfork  and closing near its 20 WSMA @18880 which has given support in past 3 times, Next week we need to close above 20 WSMA. .Also we are entering a new time cycle from 09March-27 March which will be highly volatile so trade cautiously.