It’s December and you know what that means: let the “Santa Claus rally” calls begin. Like “Black Friday” sales, the Santa rally talk seems to start earlier and earlier each and every year. We actually started seeing articles about the rally in early November and they are out in full force today.

Why the constant talk of a Santa rally? Well, December has been the strongest month historically, with an average gain of 1.5% since 1928 and 75% of Decembers finishing in positive territory. 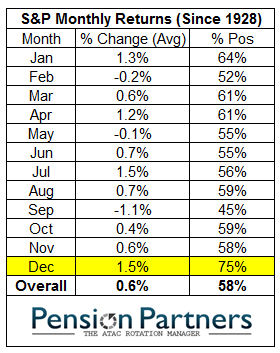 In recent years, December has been even stronger, with a 2.4% average return over the past five years.  The last negative December was way back in 2007. Market participants have by now forgotten that it is even possible for stocks to go down in December. 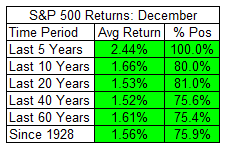 The problem with the “Santa rally” talk and why it is partly fiction is that most assume it persists throughout the entire month. The truth is that the average December has actually been flat through the first half of the month and only shows exceptional performance in the last few trading days of the year. 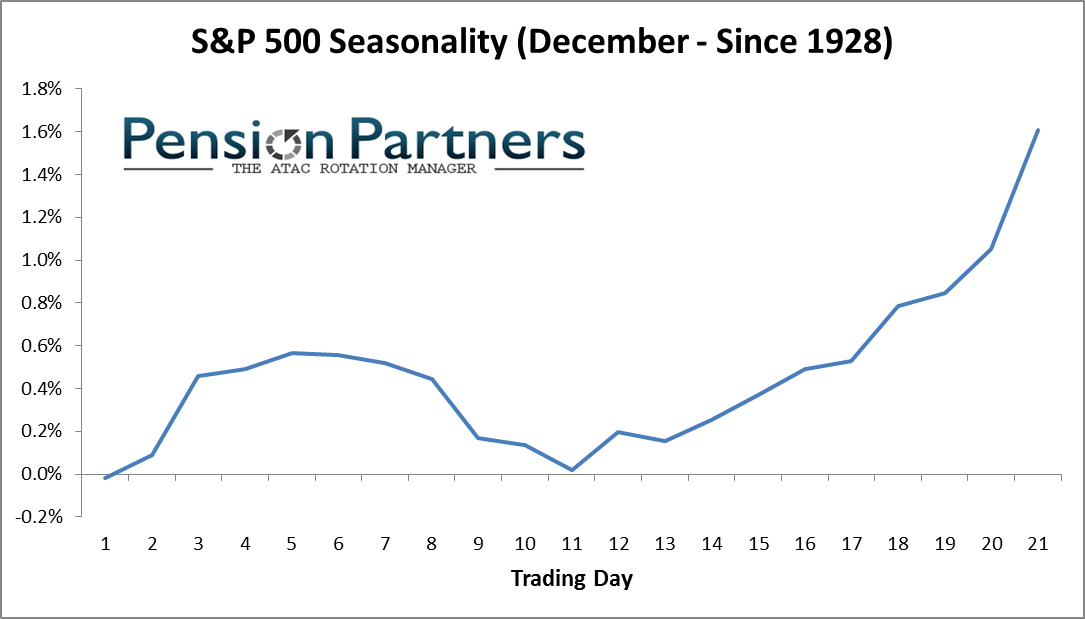 Before the last few trading days, December looks like most other months. 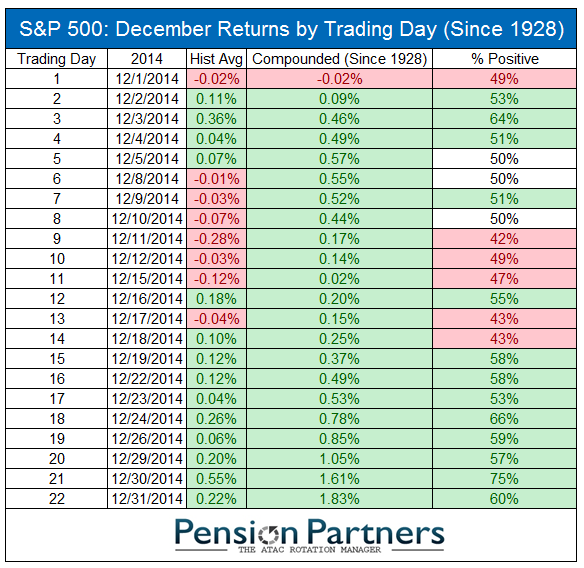 What is also generally ignored in the Santa rally discussion is that part of the rally consists of the first two trading days in January, which are also unusually strong. 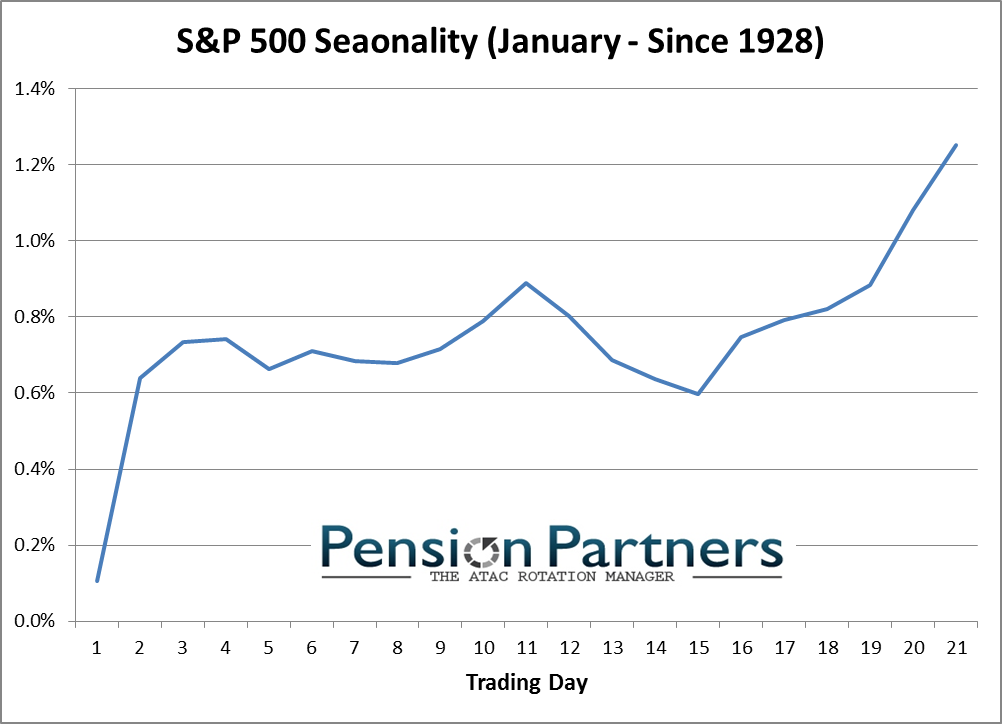 Outside of the last few trading days, what is particularly notable about December is the lack of volatility. At 12.5% annualized volatility, it is by far the most benign month of the year for stocks. 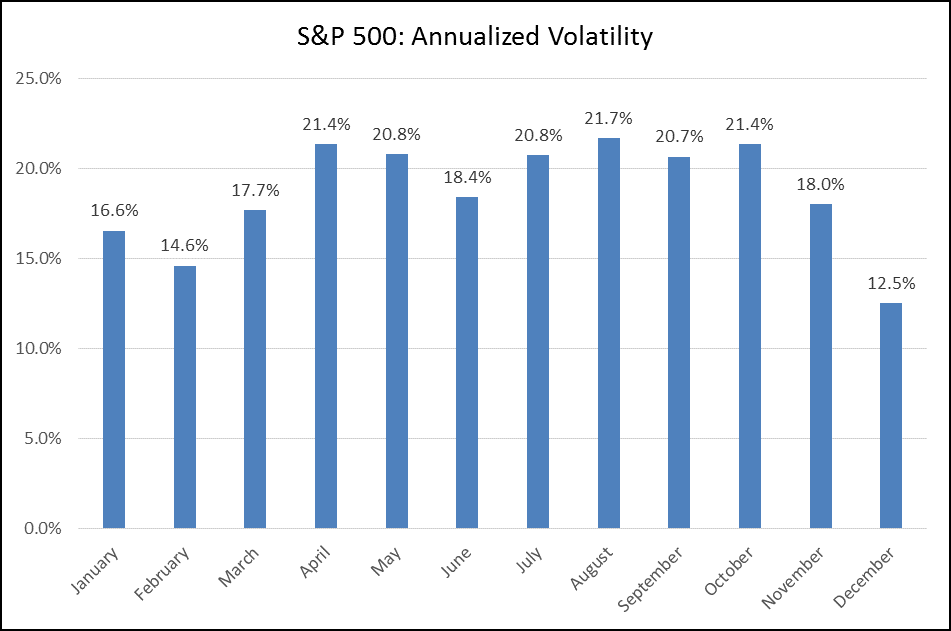 Low volatility is generally a good thing because it means a lower risk of a large loss. We have seen that historically with only a handful of declines greater than 5% during the month. 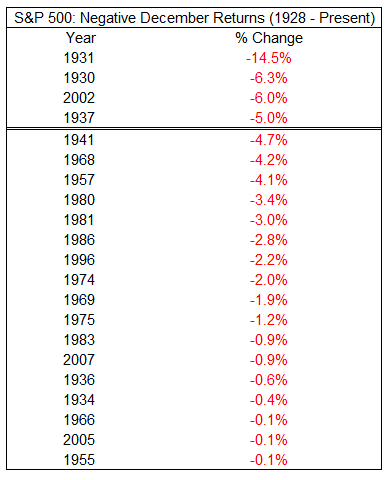 Will we see the Santa rally again this year? Most seem to be expecting that and more based on recent sentiment polls. The real surprise will be if Santa doesn’t come this year, which some suggest is a negative signal for markets (as we last saw in 2007 heading into 2008).

This writing is for informational purposes only and does not constitute an offer to sell, a solicitation to buy, or a recommendation regarding any securities transaction, or as an offer to provide advisory or other services by Pension Partners, LLC in any jurisdiction in which such offer, solicitation, purchase or sale would be unlawful under the securities laws of such jurisdiction. The information contained in this writing should not be construed as financial or investment advice on any subject matter. Pension Partners, LLC expressly disclaims all liability in respect to actions taken based on any or all of the information on this writing.

2 thoughts on “The “Santa Rally”: Separating Fact From Fiction”