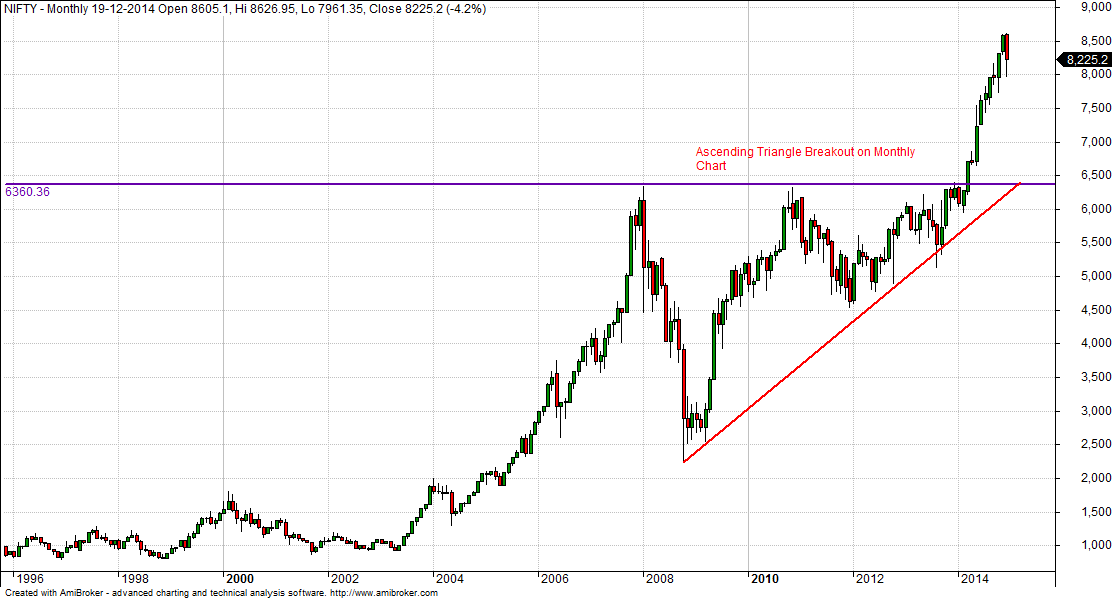 How Bulls markets are made?

“Bull markets are born on pessimism, grow on skepticism, mature on optimism, and die on euphoria” – Sir John Templeton

From the highs of 1992 till 2003 Sensex did not did anything trading in the wide range in between we got the Asian Market crisis, Dot com bubble but overall Sensex remains in the range than the Big breakout came in 2003 and Sensex and Nifty saw a 7 fold rally till 2008.

So Nifty/Sensex after 6 years of Consolidation saw a breakout in April 2014 , So how many legs the current bull run have, We have RJ giving target of 1.3 Lakh on Nifty by 2030 but I will try to analyze whats in store for us in next 2 years which will help both traders and investors. Between 2008 and 2014, the Nifty re-tested the 2008 high on two occasions in 2010 and 2013.Both these attempts lacked broader market participation as Mid caps and Small caps saw big underperformance during these period.  But after the thumbing madate we got in May 2014 saw mid caps outperforming which shows participation on all ends. So on large time frame looks like we are still ready for more returns and traders/investor should use all dips if and when they come to buy quality stocks.

To end my analysis always remember the below line