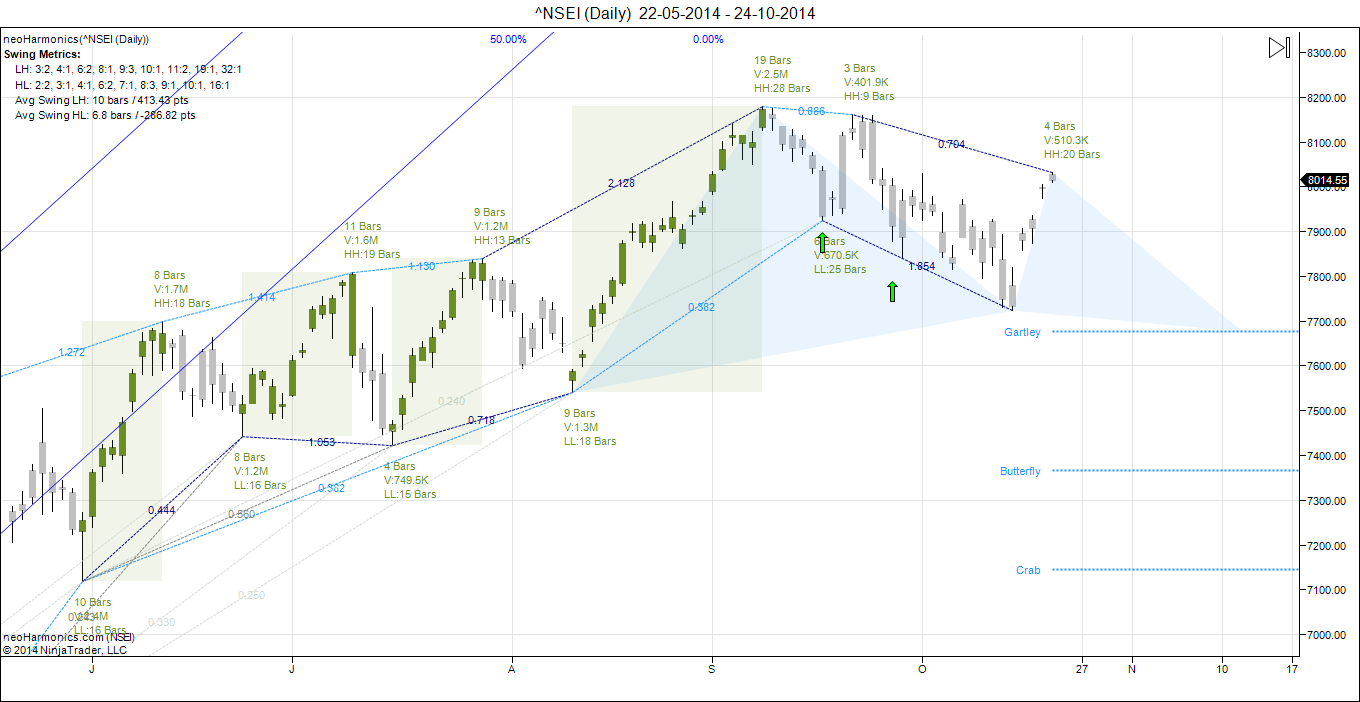 Last week we gave  Nifty Chopad level of 7883 and Nifty did 2 target of upside rewarding chopad followers by 130 points. Next week is very crucial for global markets as we have FOMC Meeting results coming on 30 , Brazil Election results coming tomorrow. We were able to catch the bottom of Nifty as per Nifty signal bottom formation, FII FnO Data Analysis Next week is first week in October month having 5 trading days and October expiry, so trade with extreme caution. Lets analyze how to trade in expiry week.

Nifty Hourly charts has broken above the trendline resistance now close above 8030 is required for nifty to make a jump towards 8138/8180.Unable to do so we can see 7900 levels in coming week. This is what we discussed last week Nifty daily chart bias is still in neutral zone so investors can use this dip to buy into quality stocks. BAT Harmonic pattern also seems to get over so holding 7723 nifty can see a pullback till 7923,

As per gann fan 7723 is support nifty took support at this level and 8030 is coming up as resistance as per gann fan. It was positive week,  with the Nifty up by 236 points  closing @8014. As per Harmonic Bias as seen in above chart, first time after 6000 and 31 week we are seeing trend change from Bullish to Neutral, so expect choppy/sideways move till the Harmonic Bias turn back to Bullish zone ie, Weekly candle turns back to green.Nifty has broken  AF support zone closing below this for coming week also weekly trend can turn down and holding the same fast and furious pullback can start, need to see if we can bounceback this time also. New Time cycle will start from next week.   This is what we discussed last week and pullback was very furious as it occured only in gaps, new time cycle also showed its effect as nifty was up after 4 week.

Bulls need to protect the recent low of 7723 for rest of days for bullish moves to continue.

2 thoughts on “Nifty ready to march towards all time high,weekly analysis”