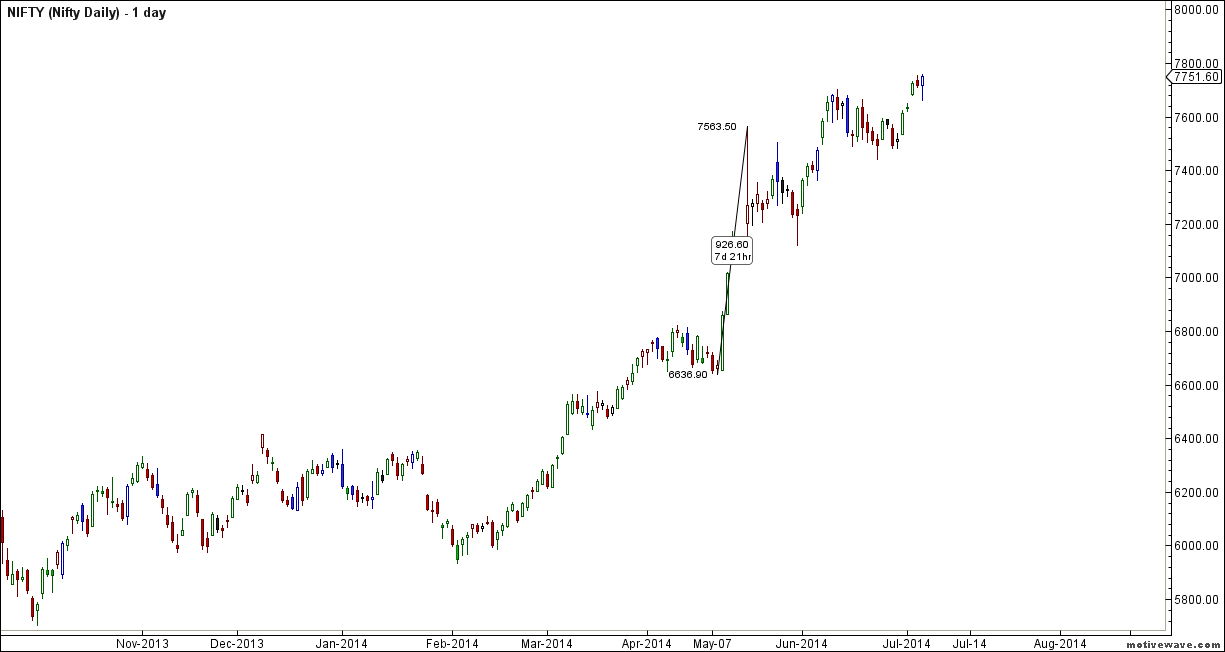 Nifty has been rising from steadily from Low of 5933 on 04-Feb-2014 till high of 7758, A rally of almost 1825 points in 94 trading session which is a huge move. Market in short term is rising based on Budget expectation which will be presented on 10 July.  I have discussed Nifty performance on Union Budget day here Nifty’s Movement on Union Budget day

Now Lets analyze how Nifty can perform in coming few session and where It can potentially make a short term top. Do remember Healthy correction are required in bull market,for  further rise, straight line rise will never be good in long term.

Nifty started its rise from pre election rise on 8 May from 6638 which got topped out on 7564 on 16 May as discussed in below chart.The rise was of 925 points and took 7 trading session to complete. Do understand this analyze stands invalid if Nifty close above 7800 for 3 days in a row and use this information just as an input to your trading system do not Blindly trade on this.