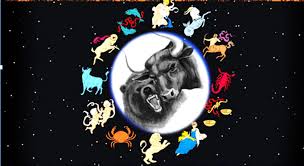 This is most difficult phase to deal with but these cycles are real sentiment driver.MERCURY can be seen but can”t be touched but aftershocks can be felt for long times.

Here i am discussing 6 events of MERCURY movement from Saturday i.e.7-6-2014.

1. It’s is going retrograde on 7th June @17.58 hrs, it is common belief that moves that get initiated at this time continue till conjunction with sun and that will happen on 20th June.

2. It is getting combust on 11th june for 22 days. Name given to it is SANCHHIPTA this is more bullish after conjunction with sun.

3. After conjunction with sun on 20th mercury will move between sun and Venus which is already explained in past just like mid February to late April major period will be bullish till 9th august when it moves ahead of sun.

4. Mercury will rise in east on 1st july and will become direct on same day low speed of mercury at that time ask for caution in longs.

5. Mercury will gain higher speed that Venus on 16th july so again sharp up-move will start. In this period 2 formations happen simultaneously

12 thoughts on “Astrological View of Nifty/Sensex”