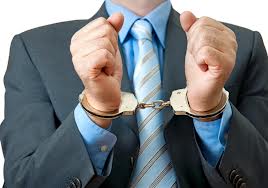 Something unique has become evident in India over the past 3-4 years. We have a spectre the mantle of pushing stumbling blocks in front of an on-coming train hitherto entrusted to Babus has now been pushed into the hands of judiciary, election commission and para bureaucratic services like the CAG.

So it is not incredible that the owner of a mutli-faceted business organization accused of swindling unknown people of Rs 31,000 crore has been castrated inside a dingy 6×6. The price of his freedom a measly Rs 10,000 crore.

Now we all have to pay our hotel bills when we leave the accommodation, but this deal should go down in history as the most expensive rental deal ever.I am referring to Sahara Subrato Roy who is currently in Tihar Jail and  Supreme Court has put a condition of 10000 cores as a mandatory requirement  for Bail.

On both occasions the withdrawal of liquidity resulted in massive crash on the stock markets and immense damage to the wealth of individual investors. Worse pecuniary, civil and criminal liabilities against both these brokers kept becoming larger by the day. Some would say, so large, that at the end no one knew what was owed to whom and where was this money going to come from.

After being barred from capital markets and sent to the prison-it was the lifeless body of the Big Bull that came out of the gallows on Dec 31, 2001.

The where-about of KP is unknown, except that the second Bull is nowhere to be seen these days. And yet, stocks especially in the three month period from Jan 2014 to Mar 2014 have continued to gain 20 per cent over-night in moves that so defined the work of KP. Moves so large that they left bears in shambles, not even being given a chance to cover their intra-day short positions.

This time the unidentified liquidity is coming through the amoebic FIIs, but seems to be the political money laundered back into the system after doing a round trip through many tax havens of Cyprus, Hong Kong, Singapore, Bermuda, Lichtenstein, St. Kitts and so on. Some say this money is being white-washed clean to spend on Elections. Others keep making the India case as always. The big question, though, is why does the FII money now said to be over USD 300 Bn never leave the country?

So in many ways the Babus and their cohorts are shooting arrows up their own Ass, because they may claim that extraordinary gains associated with licenses relating to mines and services, and profits thereon are coming back into the country. Though this move is good for the nation, the Babus cannot lay a finger. Which brings us to the important question-how do we define White Collar crime and how do we distinguish the punishment between them for varying offenses?

So if the cost of freedom, for a businessman with close ties to the UP leaders is Rs 10,000 crore. Then how come a businessman whose Airline went bankrupt, and who had ostensibly pledged all his assets to cover the Debt what scot free with his wealth and freedom? Can two white collar crimes be starkly different from each other or we see only what we want to see and then shroud it with justice?