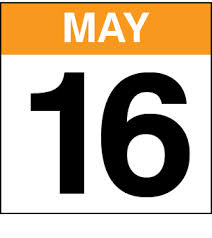 The India Volatility Index (VIX) has gained 28 percent in the last four sessions. Normally, this would have meant the market had declined during this period. That is because the movements in VIX and the market are inversely co-related, more often than not. But this time around, the Nifty has risen alongside VIX, gaining 3 percent in the last four sessions.
So what’s happening here?
The most obvious explanation is the fact that the market is looking at May 16 Lok Sabha election results as a binary event –  Narendra Modi coming to power thumbing Victory which can move the Nifty by 600 points or more. And traders are either taking guard, or trying to ride the swing with minimum risk.
The biggest example of this was the rise in Call  option premiums of ‘out-of-money’ strikes like 7200 which is trading with a Huge premium of 166 points Even Premiums for ‘at the money’ call and put options rose sharply.
A glance at the top strikes with highest Open Interest also reflects market expectations of a big move. Traders who wanted to Buy Option need to extreme caution as once the VIX comes down premium will erode significantly.
Foreign institutional investors alone have net bought Rs 5100 crore in Index options in last 10 days. While some of this is explained due to early  series phenomenon where FIIs hedge their positions, this amount of Rs 5,100 crore is clearly staggering. The 6900 straddle is trading at a premium of Rs 615, which again is very high.
In fact after a long time I am seeing almost an Infosys kind of trade playing out on the Nifty. And just for record, the last time the volatility saw this kind of spike actually led to the markets bottoming out in August. It will be interesting to note if this spike would be led by a topping out of market.