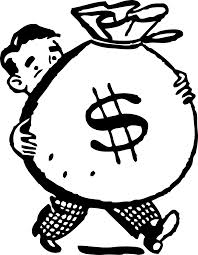 The Indian market is more expensive than its peers among emerging countries, with indices tracking these nations showing a lower multiple of earnings than India.

The Morgan Stanley Capital International (MSCI) India index is trading at a price-to-earnings multiple (or P/E) of 17.72, according to Bloomberg data. This means that investors are valuing it at nearly 18 times its annual earnings. The equivalent figure is 11.99 for the MSCI Emerging Marketindex.

India’s earnings multiple is also the highest amongst the BRIC pack, an acronym for major emerging market economies encompassing Brazil, Russia, India and China. Brazil is trading at a P/E of 15.48, China at 8.98 and Russia at 4.73.

The premium has also risen if one looks at other valuation indicators such as those measuring price as a multiple of the companies’ assets or book value (P/B), or in relation to profitability measures such as its return on equity (ROE).

In fact, the relation between price/book and ROE for Indian equities has risen to levels last seen over three years ago, noted an Asia Equity Strategy report from Credit Suisse.

“India’s P/B versus ROE premium relative to the region has risen to 31 per cent – similar to the highs in September 2010,” said the report authored by Research Analysts Sakthi Siva and Kin Nang Chik, dated April 2.

“Most emerging markets are at a stage where they need big reforms. The expectation is that this would happen in India post the elections, so the multiples expansion is because of hope. India has traded at a 26 per cent valuation average premium to its peers over the last 10 years. This has now increased to over 35 per cent,” he said.

“India has been attracting better inflows since some of the comparable emerging market economies have not been doing as well. Countries such as China have been weighed down by domestic concerns and capital which would have once flowed to them has come into India,” he said.

India received $13.4 billion in inflows in FY14, which, according to Bloomberg data, is among the highest among emerging markets that disclose data on foreign inflows.

A Deutsche Bank India Strategy report noted that inflows in March were the highest in 10 months, at $3.6 billion, and that more money was likely to find its way into the country.

“We continue to believe that in 2014, investors will discriminate among emerging markets, driven by divergence in performance of respective currencies, economic improvement and reform efforts. India is clearly standing out on macro improvement, and could receive a further boost if the election mandate is decisive,” said the April 2 report authored by research analysts Abhishek Saraf and Abhay Laijawala.

Credit Suisse suggested that the election mandate could narrow the valuation premium through an improvement in fundamentals.

“While the premium is high, we believe that this is based on trough ROE with elections likely to provide a boost to ROE,” the report noted.

India has been the best-performing Asian market, up 6.32 per cent since January. Brazil is up 0.38 per cent, while China and Russia are down 3.42 per cent and 9.02 per cent, respectively.

The benchmark BSE Sensex has been consistently hitting all-time highs, including on Thursday, when it touched 22,620.65 during trading hours. It closed at 22,509.07.