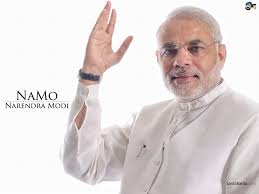 We take a look at fifteen major aspects of the manifesto and measures that BJP has proposed:

2) Employment and Entrepreneurship: BJP has said that it would accord high priority to job creation and opportunities for entrepreneurship. For the same, it has talked about steps such as labour-intensive manufacturing, focus on traditional employment bases of agriculture, upgradation of infrastructure and housing, steps for self-employment opportunities.
3) Corruption: BJP has said that to eliminate the scope of corruption, it will emphasise on technology enabled e-Governance. Apart from that public awareness, policy-driven governance and simplification of the tax regime have also been cited as solutions to the problem of corruption.
4) Centre-State Relations: One salient point of the BJP manifesto is making centre-state relations smoother. For this, BJP wants to evolve a model of national development, which is driven by the states. “Team India shall not be limited to the Prime Minister led team sitting in Delhi, but will also include Chief Ministers and other functionaries as equal partners,” the manifesto said.
5) Decentralization and People’s Participation: The manifesto proposes a People-Public-Private Partnership (PPPP) model to involve the people in Governance as functionaries and facilitators.
6) Open Government and Accountable Administration: Administrative reforms will be a priority for the BJP, the manifesto claims. The measures will include; digitization of government records, opening up government to draw expertise from the industry, academia and society into the services. BJP said that the hallmarks of its governance model would be; People-centric, Policy driven, Time bound delivery, Minimum Government, Maximum Governance.
7) E-Governance: There is a special mention of e-governance and IT as an enabler of empowerment. “BJP will focus on increasing the penetration and usage of broadband across the country, leverage technology for e-Governance, generate IT based jobs in rural and semi-urban areas, use mobile and e-Banking to ensure financial inclusion,” the manifesto said.
8) Rural and Urban development: “Agriculture, rural development and poverty alleviation go hand in hand. Major thrust area for rural development would be to improve village level infrastructure in terms of roads, potable water, education, health, supply chain, electricity, broadband, job creation, security in rural areas and linkage to markets,” the party’s manifesto said.
Apart from that, BJP has advocated for urban development as its priority. “We will initiate building 100 new cities. Major steps will be undertaken in Transport and Housing for ‘Urban Upliftment’ in India,” the manifesto seeks to promise.

“Cleanliness and Sanitation will be given priority – efficient Waste and Water management systems will be set up. Model towns will be identified for rolling out integrated waste management infrastructure,” the manifesto added.

9) Higher and Professional Education: “The basic objective of higher and professional education is not only rapid advancement of the affluent sector of the society but also to improve the lot of the last man in the line,” the document said.
10) Health Services: BJP has said that India needs a ‘comprehensive healthcare policy’. “The current situation calls for radical reforms in the healthcare system with regards to national healthcare programs and delivery, medical education and training and financing of healthcare,” it said. Several steps such as modernization of government hospitals, setting up an AIIMS like institute in every state and use of Yoga and Ayurveda medicines has been propagated.
11) Economic Revival: Fiscal discipline, re-visit the policy framework, Banking reforms, encourage Savings and re-energize the engines of growth are some of the solutions cited to ensure economic growth.
12) Taxation & FDI: BJP has said that it will rationalize and simplify the tax regime. It also said that it will bring on board all State governments in adopting GST, addressing all their concerns.

“Barring the multi-brand retail sector, FDI will be allowed in sectors wherever needed for job and asset creation, infrastructure and acquisition of niche technology and specialized expertise,” BJP said.

13) Agriculture, Industry, MSMEs and services sector: For each of these sectors in the economy, the manifesto has promised measures for better productivity and job creation. The party said it will aim to make investment and industrial regions as global hubs of manufacturing.
14) Physical Infrastructure development: Expediting work on freight and industrial corridors; connecting Northeast and Jammu and Kashmir with rest of the country through highways and railway lines; modernising airports; economic model of Port-led development; harness satellite technology; setting up National Optical-Fibre Network up to the village level; Diamond Quadrilateral project – of High Speed Train network (bullet train) are among the several things that BJP has promised.
15) Other salient points: Science and Technology, focus on flora and fauna, health services, education sector, women safety, social security, equal opportunities for minorities are among the other salient points that the manifesto has focussed on.