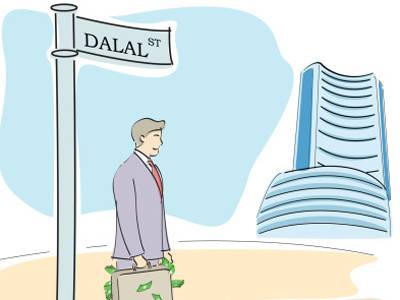 For just about 2 months the Indian bourses have shrugged off all the things that are worrying the rest of the world. Institutional money is coming in, and today the Government raised about USD 1 Bn through the sale of a 9 per cent stake in Axis Bank. The currency has strengthened somewhat, inflation is down and so are commodities including Oil. All of these factors put together have brought about a surge in Equities and brought a general cheer to the investing class. To this intoxicating brew have been added the concoction called NDA-widely tipped to come first at the hustings in May 2014.

Here is where the trouble starts. Polls apart there are evident signs that the NDA is as much a force of convenience as are the other political alliances in the country. There is the unique spectre of a 86 year old politician being cajoled by party men atleast twice in the past 3-4 months, The first occasion was when the NDA’s PM candidate was notified and the latest has been the selection of ticket for this once Deputy PM.
It is apparent groupism exists in the NDA, with some thinkers in the capital expressing dismay and a suggestion that the anti-PM nominee group will sabotage Elections to the detriment of NDA. So much so that instead of a far-away target of 272 seats, the front-runners end with 160. This scenario will lead to a return of the UPA III from the back door. All expectations of a decisive government in place by mid-summers will then vanish. What we will get is, what we have had for the past 10 years.
This scenario apart, were the NDA to come as a force they will still find the Government tough to run and difficult o achieve explicit aims. A March 19 report by Credit Suisse claims that most infra projects power, water, rail roads and so on are stuck at the State level. The thing is most of these projects were set up under unviable conditions. The bankrupt Southern States have chosen not to let these thermal and hydel plants run for the poor in their States will not be able to the bills. This will lead to even larger subsidies to Electricity and Water Boards and putting State finances deeper into the RED. Better let the debts of corporates and banks remain a central problem even if it means the population suffers at large.
The current optimism is inexplainable and will come to nought soon. There are voices that the Bull operators of Bombay will Exit equities before April 7. This will create a vaccum in the financial markets. At that juncture if the FIIs save Bombay then it is good, otherwise the Hope Rally will see a END.

7 thoughts on “Will The Hope Rally Fade Away?”