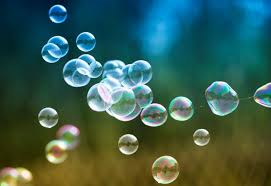 Whenever something reaches lifetime highs, questions are asked whether the asset class in question is in bubble territory. Indian equities would certainly qualify to be at the receiving end of such a scrutiny. Both Nifty and the Sensex are being seen flirting with their all time highs with consistent regularity these days. The latest such episode occurred yesterday as the Sensex crossed the psychologically crucial mark of 22k. Given the momentum though, we won’t be surprised if more gains are in the offing.

This thus begs the question of whether the Indian equities are anywhere close to being in bubble territory. Well, as the bubble specialist Jeremy Grantham would acknowledge, this question can be answered in two ways. One is of course statistically and the other is to look at certain behavioural tendencies amongst market participants.

Let’s deal with statistics first. Standalone index levels mean nothing. They need to be seen in relation to earnings and where valuations stand at the moment. And how are things on this front? Let’s turn to Grantham again. In his recent interview, Grantham opined that for something to be a bubble, the price or the index levels have to be a two sigma event.

Confused? Well, it’s pretty simple. The sigma or the 2-sigma event used here is a statistical term that signifies how far a given data point lies from its mean value. Therefore if the Sensex PE levels over the past 20 years are assumed to be normally distributed, the sigma rule would suggest that the index would be in bubble territory once the PE is higher than 2 standard deviation of the mean.

An example would help make it more clear perhaps. Let’s consider the historical PE of the Sensex going back 20 odd years. Our calculations suggest that the mean or the average PE stands pretty close to 18x. Similarly the standard deviation for the same set of data stands at around 3.74x.

What this effectively means is that the Sensex would start looking like a bubble the moment PE levels touch 2 times standard deviation of the mean. Thus, two times standard deviation would mean another 7.5x multiple added to the last 20 year average of 18x. Adding the two together would mean a PE of a little over 25x. This as per Grantham’s definition would then be the PE levels at which the Sensex could effectively start looking like a bubble.

And what is the current PE level of the Sensex? Well, it’s around 18x, which leads us to conclude that the Sensex is trading at just about its last 20-year mean and is far from being in bubble zone. Please note that the last time the index traded at these levels was in 2007-08 but the PE at that time was higher than 25x. That was clearly bubble territory then and thus the index had a higher chance of suffering a strong decline which it eventually did. But if historical data is any indication, there is no such threat as of now we reckon.

This then brings us to the second way of spotting a bubble which is nothing but looking for a sense of Euphoria amongst market participants. The Euphoria though seems to be conspicuous by its absence. There are hardly any discussions related around stock markets at cocktail parties and there’s no indication of even the most novice investor dishing out stock tips. Even the celebrations amongst business channels of the indices hitting new highs have been pretty muted to say the least. And the less said about retail participants the better it is we reckon. Rather than participating in the current rally, they have exited the market in droves and there are no signs as yet of them making a strong comeback. Therefore, whichever way you look at it, the behavioural tendencies of people that is on display during a stock market bubble seems to be nowhere in sight.

Thus, with both the indicators not pointing towards a bubble, it will be safe to assume that Indian stocks collectively are still a good bet to invest from a long term perspective. Investors investing at these levels are likely to get the benefits of both, an expansion in multiple as well as growth in earnings we reckon.

2 thoughts on “Are Indian stocks in bubble territory?”