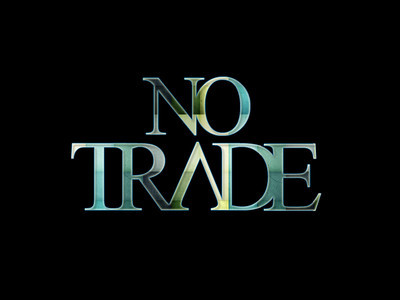 Australian cricketer-turned-commentator Dean Jones, in an interview for Wisden, observed that two-thirds of Sachin Tendulkar’s game is based around defence. Most of the shots in any Sachin century, he says, are based on forward defence, back-foot defence and letting the ball go. As any coach would vouch, letting the ball go is possibly as important as hitting good shots in the career of a batsman.

With analogies from the world of sports, we discuss why “doing nothing” is just as important a strategy in the world of trading as action.

In the trading there are huge incentives to make correct decisions. Trading can be simple or complex based on the trading strategy you want to follow. After the 2008 financial crises modern information economy is constantly throwing out gigabytes of data, coaxing the receiver of this information to react. The institutional imperative for professional trader as recipients of the information stimuli is typically to react by trading in the markets. You have emerging country crisis, Fed Tapering China data to digest all this are market moving event.

The outcome of all this is a market where every few point rise and fall can change the trade status from Buy to Sell or Sell to Buy.  So if you follow “multiple trading strategies” few might generate Buy and few might generate Sell.  So at the end of day trader becomes confused what exactly should he/she do?

Behavioral science uses the term action bias to explain such behavior. Action bias is the tendency in uncertain circumstances to choose action over inaction, no matter how counterproductive it might be. It is the strong urge to act, despite the fact that an objective analysis of past action might repeatedly prove that the action did not produce the desired results.

In an interesting research paper, Michael Bar-Eli, et al, analysed 286 penalty kicks in top soccer leagues and championships worldwide. In a penalty kick, the ball takes approximately 0.2 seconds to reach the goal, leaving no time for the goalkeeper to see clearly the direction the ball is kicked. He has to decide whether to jump to one of the sides or to stay in the centre at about the same time as the kicker chooses where to direct the ball. About 80% of penalty kicks resulted in a goal being scored, which emphasizes the importance a penalty kick has to determine the outcome of a game.

Interestingly, the data revealed that the optimal strategy for the goalkeeper is to stay in the centre of the goal. However, almost always he jumped left or right. In short, goalkeepers choose action (jumping to one of the sides) rather than inaction (staying in the centre). If the goalkeeper stays in the centre and a goal is scored, it looks as if he did not do anything to stop the ball. The goalkeeper clearly feels lesser regret, and risk to his career, if he jumps on either side, even though it may result in a goal being scored.

Just like the goalkeeper, professional trader too feels compelled to play every trade that is out there in the market. In most cases either the event is already priced in or it just does not play out in line with the popular belief. Despite data proving that frequent trading might be counterproductive, the norm is always to act. Action seems to always triumph inaction.

So the next time you feel compelled to place a trade in the market, remember sitting around and doing nothing may just be a better option.

1 thought on “The importance of doing “No Trade””