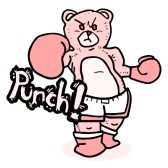 If you had gotten out of the market when these movies were released, you’d definitely have missed some big moves…to the upside.  Wall Street came out after the crash of ’87 in December 1987, and taking money off the table for the multi-year bull market that followed would have been a big miss.  Boiler Room came out just a month before the peak in 2000, so in this case it was a good sell signal.

The sequel to the original Wall Street, Money Never Sleeps came out during a leg down in the current bull market in 2010, and its placement in the upper chart is a bit misleading.  Yes, filming for the movie began in late 2009, but the market bottomed in early 2009.  Whether you use the dates they began filming or the release date, Money Never Sleeps did not coincide with a peak for the equity market, and in retrospect was a great time to get in.  As for the Wolf of Wall Street?  Only time will tell, but keep in mind that unlike the other movies, it is not intended to be set in present day, instead romanticizing the heady days of the 1990s.

If anything, the fact that each of these movies vilify Wall Street and were popular at the box office signals the public’s distrust of Wall Street when they were released.  If anything, it would be a contrarian signal.  All told, though, we’d rather look at economic data, market sentiment, technical factors and fundamental measures of stock performance than rely on Oliver Stone, Martin Scorsese, and the rest of Hollywood to pick our entries and exits.