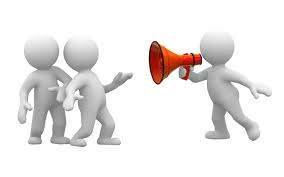 On the basis of an assessment of the current and evolving macroeconomic situation, it has been decided to:

Consequently, the reverse repo rate under the LAF will remain unchanged at 6.75 per cent, and the marginal standing facility (MSF) rate and the Bank Rate at 8.75 per cent.

The outlook for global growth continues to remain moderate, with an uneven recovery across industrial countries. Activity in major emerging market economies (EMEs) barring China has decelerated on account of weak domestic demand, notwithstanding some improvement in export performance. While volatility in financial markets has receded, it could pick up again following the inevitable taper of quantitative easing in the US, given the large dependence of EMEs on external financing.

In India, the pick-up in real GDP growth in Q2 of 2013-14, albeit modest, was driven largely by robust growth of agricultural activity, supported by an improvement in net exports. However, the weakness in industrial activity persisting into Q3, still lacklustre lead indicators of services and subdued domestic consumption demand suggest continuing headwinds to growth. Tightening government spending in Q4 to meet budget projections will add to these headwinds. In this context, the revival of stalled investment, especially in the projects cleared by the Cabinet Committee on Investment, will be critical.

Retail inflation measured by the consumer price index (CPI) has risen unrelentingly through the year so far, pushed up by the unseasonal upturn in vegetable prices, double-digit housing inflation and elevated levels of inflation in the non-food and non-fuel categories. While vegetable prices seem to be adjusting downwards sharply in certain areas, the feed-through to much-too-high headline CPI inflation remains to be seen. Wholesale inflation has also gone up sharply from Q2 onwards, with upside pressures evident across all constituent components. High inflation at both wholesale and retail levels risks entrenching inflation expectations at unacceptably elevated levels, posing a threat to growth and financial stability. There are also signs of a resumption of high rural wage growth, suggesting second round effects that cannot be ignored. High and persistent inflation also increases the risks of exchange rate instability.

With the normalization of exceptional monetary measures, liquidity conditions have improved, as reflected in the steady decline in the access to the MSF.  Capital inflows under the Reserve Bank’s swap facilities for banking capital and non-resident deposits augmented domestic liquidity significantly from the end of November. Over the first two weeks of December, banks refrained from utilising the limits under the overnight LAF repo and export credit refinance, and, in fact, excess liquidity was parked with the Reserve Bank through reverse repo.  Anticipating the temporary tightness in liquidity starting from mid-December 2013 on account of advance tax payments, the Reserve Bank conducted additional 14-day term repo auction of `100 billion on December 13, augmenting the normal access to liquidity from the Reserve Bank to the tune of 1.5 per cent of NDTL (i.e., about `1.2 trillion) under overnight repos, term repos, and the export credit refinance facility. The Reserve Bank also opened a  refinance facility of`50 billion for the Small Industries Development Bank of India (SIDBI)  aimed at  addressing  liquidity stress faced by medium, micro and small enterprises.  Liquidity is being managed with a view to ensuring that there is adequate credit flow to the productive sectors of the economy.

The narrowing of the trade deficit since June through November, on positive export growth and contraction in both oil and non-oil imports, should bring the current account deficit (CAD) down to a more sustainable level for the year as a whole. Robust inflows into the swap windows opened by the Reserve Bank during August-November have contributed significantly to rebuilding foreign exchange reserves thus covering possible external financing requirements and providing stability to the foreign exchange market. Looking ahead, these favourable developments should help to build resilience to external shocks.

Recent readings suggest that headline inflation, both retail and wholesale, have increased, mainly on account of food prices.  While CPI and wholesale price index (WPI) inflation excluding food and fuel have been stable, despite a steady and necessary increase in administered prices towards market levels, the high level of CPI inflation excluding food and fuel leaves no room for complacency. There is, however, reason to wait before determining the course of monetary policy. There are indications that vegetable prices may be turning down sharply, although trading mark-ups could impede the full pass-through into retail inflation. In addition, the disinflationary impact of recent exchange rate stability should play out into prices. Finally, the negative output gap, including the recent observed slowdown in services growth, as well as the lagged effects of effective monetary tightening since July, should help contain inflation.

The policy decision is a close one. Current inflation is too high. However, given the wide bands of uncertainty surrounding the short term path of inflation from its high current levels, and given the weak state of the economy, the inadvisability of overly reactive policy action, as well as the long lags with which monetary policy works, there is merit in waiting for more data to reduce uncertainty.

There are obvious risks to waiting for more data, including the possibility that tapering of quantitative easing by the US Fed may disrupt external markets and that the Reserve Bank may be perceived to be soft on inflation. The Reserve Bank will be vigilant. Even though the Reserve Bank maintains status quo today, it can help guide market expectations through a clearer description of its policy reaction function: if the expected softening of food inflation does not materialise and translate into a significant reduction in headline inflation in the next round of data releases, or if inflation excluding food and fuel does not fall, the Reserve Bank will act, including on off-policy dates if warranted, so that inflation expectations stabilise and an environment conducive to sustainable growth takes hold. The Reserve Bank’s policy action on those dates will be appropriately calibrated.