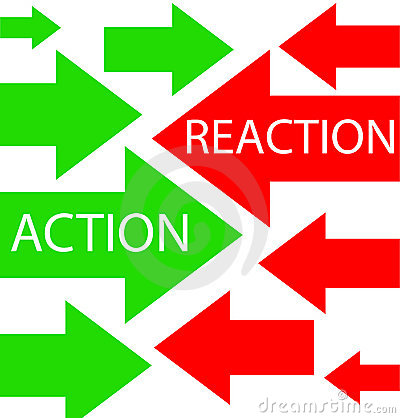 Eric Barker has a new article (link here) on how to win every argument. The article had a point which made me think whether the same situation happens in trading.

So it quoted an experiment by psychologist Drew Westen, which showed to supporters, footage of their favorite candidates completely contradicting himself. The experiment found that as soon as the people realized that the information contradicted their world view, the parts of the brain that handle reason and logic went dormant, while the parts of the brain that handle hostile attacks – the fight-or-flight response – lit up. Essentially logic gets thrown out the window, and it just becomes a fight where you do anything to win.

A similar situation occurs in trading, when you have a certain expectation of how the market should behave. E.g. you might for various reasons, think that the market will go up. So when the market does not follow what you expect, you might initially make up excuses for it. However when the market continues to go completely in the opposite direction of what you expect, your logic and reasoning centers would shut down, your fight-or-flight response kicks in, you treat it like a hostile attack on you, and you would do anything to win (or not lose), e.g. keep averaging down. I’m sure this sequence of events led to many traders blowing up their accounts. It is pretty interesting that the experiment showed this as a ‘natural expected’ behavior.

As always, trade what you see, not what you think.

1 thought on “How trader reacts when market move against him ?”