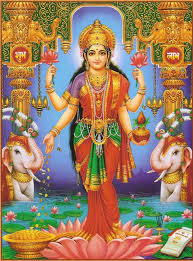 The “muhurat” trading session will be conducted for 75 minutes today, on leading bourses NSE and BSE, to pay obeisance to Lakshmi, the Hindu goddess of wealth and prosperity. It would also mark the New Year for traders as per the Hindu calendar, or Samwat 2070.

What is Muhurat Trading:

Muhurat trading is the auspicious stock trading practice for an hour on Diwali (Deepawali) is done traditionally to celebrate New Year. It is a symbolic ritual which has been performed for years. As Diwali also marks the beginning of the New Year, it is believed that muhurat trading on this day brings in wealth and prosperity throughout the year.
It is believed that “Muhurat’ is an auspicious time according to the Hindu calendar where the planets align themselves in such a way that the task you perform during this time duration, becomes fruitful and without the influences of evil forces. While getting married on a specific Muhurat is common, so is trading in the stock markets during the Diwali day at a specific Muhurat time.

It’s a tradition to trade during the Muhurat, as worship towards the Hindu Goddess of wealth. Trading on this day, which is also the day when the Hindu financial years begins and is considered to bring blessing for the year ahead. Also, the Gujarathi community begins there new year a day after Laxmi Puja (Muhurat Trading Day).

The Indian capital markets will hold special ‘muhurat trading’ session for 75 minutes on November 3, between 6.15 pm and 7.30 pm.

How much is traded:

Trades made on this day are more for traditional, religious and sentimental reasons, Brokers and investors will make token investments and usually hold the stock for a year or so. So also book intra-day profits.