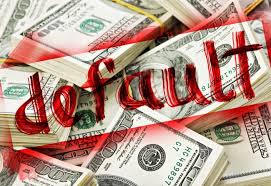 Congress has yet to address the impending U.S. debt ceiling, which will be hit on Oct. 17 if nothing is done.

Analysts believe that if the U.S. hits the debt ceiling and eventually defaults on its liabilities, then the resulting market chaos could actually cause investors to dump risk assets and rush into U.S. Treasury securities causing U.S. interest rates to fall.

One risky asset class they are sure to leave is the U.S. stock market.

Deutsche Bank sees a 0% chance that the U.S. debt ceiling debate gets to the point where the Treasury runs out of cash and starts missing interest payments.

“The S&P 500 likely drops to about 1650 if convincing signs of an imminent deal do not emerge by Friday, but not under 1625 as a deal should come before Treasury exhausts its funds,” wrote Deutsche Bank’s David Bianco in a note to clients. “A multi-week shutdown will drag on GDP, but 4Q GDP & EPS growth will still be decent. We see missed interest payment risk as nonexistent and would use any weakness next week to buy non-financials.”

But for the heck of it, Bianco runs the worst-case scenario.