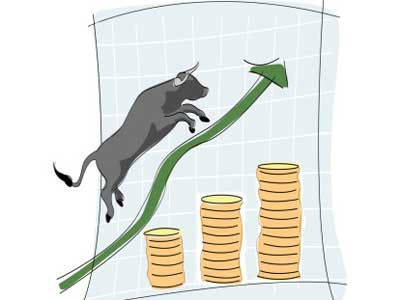 The BSE Sensex closed at a record high on Wednesday riding on strong fund flows from overseas investors. The Sensex gained 105 points to close at 21,034, while the 50-share Nifty ended at 6,251.70, rising 31 points.

Media is abuzz with Sensex reaching new life High on Diwali day which is quiet possible but should you as retail investor be excited about this?

Sensex represent only 30 stocks from gamut of 1000+ actively traded stocks, Retail traders and investors trade in stocks which is showing a different picture all together.

The worrying aspect of the current rally is that many stocks are trading significantly off their highs when the Nifty hit 6,229 (the previous high for 2013 hit in May) earlier this year.

Banks and Financials forms almost 30% of SENSEX and Banks are the worst hit in 2013. Bank Nifty is trading almost 2000 points below its May 2013 High.

If you look into the Mid caps stocks All Infra and Reality stocks are well below thei 2013 Highs. Famous Mid Caps Like R power, GMDC, ADAG Stocks  Small Caps are still trading 80% below there 2008 High suggesting Retail investor has not gained anything out f this rally. Mid caps have lost 40% and Small Caps are still down 57% from high on 2008

If you have picked IT, pharma and FMCG in your portfolio, you should be smiling (all the way) to the banks, but if you have picked any of these eight names you would be scratching your head

So an index, such as Sensex, is unfortunately not the best indicator of the market for investors trading in stocks, So Till we do not have a Broad based rally New High on Sensex and Nifty is just for statistical data nothing from traders or investor perceptive.

In Classical Bull Market mid and small cap indices should also be at 52-week high and same is not the case in current rally. Its basically a liquidaty driven rally where money is going in few stocks which is driving Index Higher.FIIs have bought shares worth $15.35 billion so far this year.

TO an FII, it feels that Sensex is up to 41,735 pts. (index adjusted only for the top 15 stocks with highest FII holding)

TO non-FIIs, it feels that Sensex is down to 16,780 (index adjusted only for the top 15 stocks with least  FII holding)

To a retail investor it feels like Sensex is down to 9044 points.  = down 56% in 5 years. (Sensex rebased with the performance of the BSE Small cap index)

To a retail investor it feels like Sensex is down to 12728 points.  = down 39% in 5 years. (Sensex rebased with the performance of the BSE MID cap index)