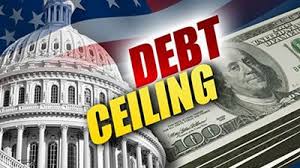 With two days to go to until dreaded October 17 D-Day (on which incidentally, very little of note will happen, because as Goldman explained earlier today, that is simply the date past which the Treasury can no longer borrow, but still has some $30 billion in cash which could last to fund the Treasury’s needs as long as the end of the month if not longer) Washington is now openly playing with fire. Because for all the hopeful talk of an imminent deal on Thursday, then on Friday, then today, not only is there nothing substantive on the table, but Obama will not even meet with the Senate, let alone the House, until tomorrow morning. At that point there will be about 36 hours until October 17. But what is worse for all the end is nigh-ers, who are absolutely certain the world will end if Congress crosses the D-Day deadline (which, again, as Goldman said earlier “going slightly past the October 17 deadline is entirely possible“) is that as The Hill explains, Senate could still miss the debt deadline, assuming there is a debt deal in the first place. Which is a big if.

Here’s how someone (coughcruzcough) so inclined (and there are quite a few conservative someones out there) could delay the process so that the magical October 17 deadline is breached. The Hill explains:

If a senator or group of senators wanted to prolong the process as long as possible, experts warn, the Senate could blow right past that deadline even if there are enough votes to overcome a filibuster.

“People should recognize that it is going to be a major legislative effort to get any deal that’s reached passed by the end of Thursday,” warned Steve Bell, a longtime Republican Senate staffer who is now with the Bipartisan Policy Center.

Whether the Senate will be able to advance a compromise before the Treasury deadline will hinge almost entirely on whether any senator decides to exhaust their procedural powers fighting the measure.

“If [senators] want to really be as obstreperous as the rules of the Senate would allow them, I don’t think you could pass a deal … until the weekend,” said Bell. “That’s the worst case scenario.”

Sen. Ted Cruz (R-Texas) did almost everything he could to delay work on a continuing resolution to fund the government, even holding a 21-hour speech on the Senate floor.

Cruz on Monday declined to say whether he could get behind a deal that didn’t make significant changes to ObamaCare, and wouldn’t give any indication as to whether he’d try to block it.

“We need to see what the details are first,” Cruz said.

Cruz is hardly the only stumbling block toward a smooth deal, should one even materialize. And judging by the market’s reaction, which is now up 600 points in three days just on hope there will be a deal, any actual impetus to act by the Republican party, which will only bury itself even deeper in the popularity rankings if it folds to all of Obama’s demands, has been effectively eliminated. In fact, the so-called Ben Bernanke market is openly daring the government to stay shut down, and please, do breach the debt ceiling. The GOP may very well oblige.

Sen. Joe Manchin (D-W.Va.), who has been involved in compromise talks with centrist members, said Monday the contours of a final deal could influence whether conservative senators like Cruz or Sen. Mike Lee (R-Utah) tried to slow it down.

Sen. Patrick Leahy (D-Vt.) acknowledged that passage of a deal could take a while due to procedural tactics.

“If we had grownups who care more about the country than their own political future and the kind of fundraising they can do from a small ideological group, then I’d be very confident,” he said.

Finally, it was Jack Lew himself who if not literally last Thursday, then certainly metaphorically made it quite clear that an October 17 deadline would mean without a deal, then fire and brimstone pouring on sinners from heaven: “The Treasury has not said the government would default Friday without a debt-limit boost, but warned that it could no longer guarantee the government would be able to pay all its bills on any given day.”

It would be quite ironic to the purveyors of untold destruction – namely Obama, the US Treasury, and all democrats – if first the Sequester, then the Fiscal Cliff, and now the debt ceiling had their deadlines crossed, and the world was still standing the next day.

But hardly surprising. Then again, all is fair in the Washington’s Hollywood endings of the perfectly expected. And this one will be no different… even if the US does actually default technically for a few brief hours.