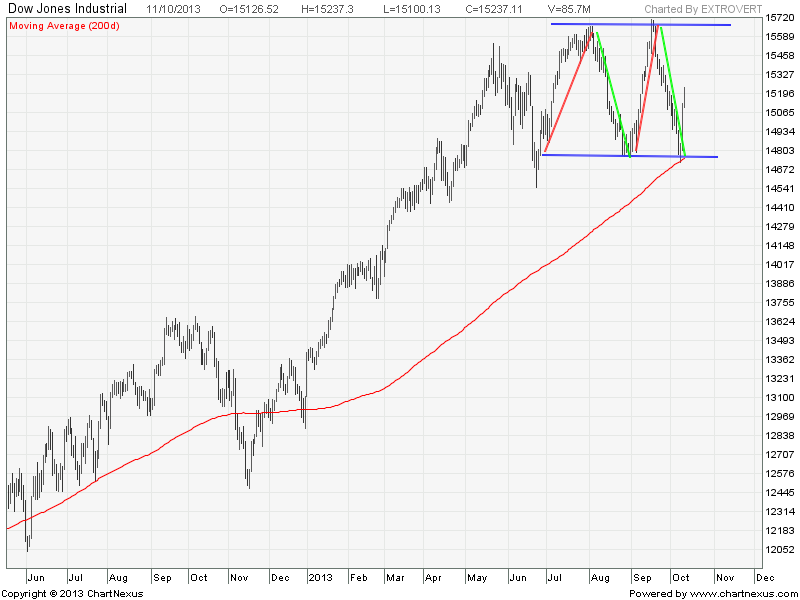 US Debt ceiling suspense will get over by 17 October, Markets are confident that US Politicians will come back together and raise the debt limit.

But if we go through the History back in 2011, Stock Markets correction  actually took place once an agreement was reached so will the same be repeated again ?

Next few days will unravel the mystery  us the answers to the above questions, Lets understand whats price action on charts is telling us. The end of QE2 in June 2011, uncertainty about the US debt limit negotiations and (icing on the cake) a downgrade of the US by S&P on August 5, 2011 (Friday) created the backdrop for a sharp fall.