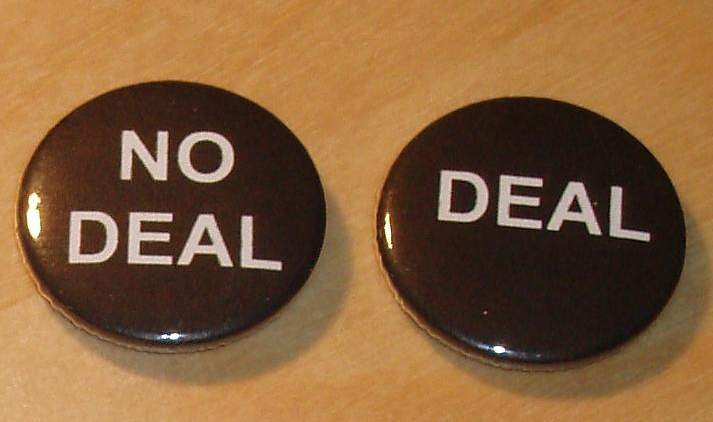 After a two-day, five hundred point Dow Jones rally on nothing but hope that just because politicians are talking, all shall be well, it was the weekend’s turn, when the market is conveniently closed, for true Congressional colors to emerge. Sure enough, moments ago Boehner told GOP lawmakers that Obama has “rejected our deal”, and that talks with the president have hit an impasse. The WSJ, whose recent poll in conjunction with NBC found Republican approval rating at an all time low (because if the debt ceiling slams shut, the machinery that funds both the “wealth effect” for the 0.01% and the 60 million on foodstamps and disability will cease: or in other words a bust for the ultra wealthy and poor, if not quite so bad for what’s left of the middle class) reports that his comments, in a closed-door meeting with House Republicans, put renewed focus on a plan being developed by Senate Republicans to raise the U.S. debt ceiling and fully reopen the government. As we speculated, Obama, smelling blood, has decided to shut down the GOP on all their demands: “On Saturday, a House GOP aide said Mr. Obama had essentially rejected everything offered by House Republican leaders in their proposal.” Which is hardly a negotiation. The question is will the GOP, having pushed the limit so far, decide to back off now, and let Obama take all the spoils?

As also reported previously, house lawmakers portrayed their talks with the White House more negatively than the picture that had emerged on Friday, after Mr. Obama phoned Mr. Boehner to discuss a proposal that House Republicans presented late Thursday. The White House said Mr. Obama had “concerns” about the plan but that the two sides had agreed to keep talking.

Mr. Boehner told GOP lawmakers he was now waiting for Mr. Obama to re-engage with the House leadership, said Rep. Richard Hudson (R., N.C.). “The president will have to come to the table with something,” said Rep. Adam Kinzinger (R., Ill.). “All eyes are now on the Senate. The question is what will Senate Republicans do.”

House Republicans were told by Speaker John Boehner Saturday morning that negotiations between the House GOP and President Obama have ended, with Obama’s rejection Friday of the House’s latest offer.

At a closed door meeting in the basement of the Capitol, Boehner urged members to hold firm, several said, even as Senate Republicans work to negotiate their own proposal to end the impasse.

House members expressed anxiety about the Senate talks. House Budget Chairman Paul Ryan (R-Wisconsin) said House leaders were only briefed on a proposal being circulated by Sen. Susan Collins (R-Maine) on Saturday morning and were opposed to it. He said the reasons for opposition were too many to enumerate.

Admitting it’s not optimal, Rep. Adam Kinzinger (R-Ill.) said Saturday that “all eyes are now on the Senate” this morning as the House waits to see how the upper chamber votes on a bill to fund the government.

“It’s all good. It’s now up to the Senate republicans to stand up,” the Idaho republican added.

While in the Senate the prevailing GOP sentiment is one of folding to Obama as well, Darrell Issa moments ago noted that Obama has rejected the Seante GOP offer as well, which he said “contains real reform”, instead pushing merely for higher taxes.

So while Obama seems dead set on getting his way or the highway, all the momentum for late last week appears to have stalled, perhaps direcly as a result of the massive ramp in the stock market which once again may have come too early, taking away all the pressure from the negotiation, which now appears set to repeat the tried and true pattern of yet another market plunge whose only goal is to force the negotiators to sign in the 11th hour.

And speaking of 11th hour, it may just be revisited, since as Bloomberg reported, after today there are no votes scheduled until 6:30 pm on Monday, roughly two days before the first X-Date.

In short: anyone who thought the debt ceiling tragicomedy was over, is very much mistaken.