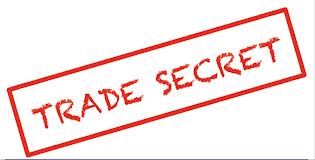 Some of today’s great trading philosophies actually date back to the early to mid-1900s.And W.D. Gann, Jesse Livermore and Richard D. Wyckoff all were considered “market mavens” of that time,according to author Jim Wyckoff.
“They stressed hard work and preparation as pre-conditions for successful trading of markets. Their work is still valid and renowned by successful traders of all markets worldwide.”
Gann’s 28 Valuable Rules. It is best that you read these rules once a day before you make a trade.
1. Amount of capital to use: Divide your capital into 10 equal parts and never risk more than one-tenth of your capital on any one trade.
2. Use stop loss orders. Always protect a trade when you make it with a stop loss order 1 to 3 cents, never more than 5 cents away, cotton 20 to 40, never more than 60 points away.
3. Never overtrade. This would be violating your capital rules.
4. Never let a profit run into a loss. After you once have a profit of three cents or more, raise your stop loss order so that you will have no loss of capital. For cotton when the profits are 60 points or more, place stop where there will be no loss.
5. Do not buck the trend. Never buy or sell if you are not sure of the trend according to your charts and rules.
6. When in doubt, get out and don’t get in when in doubt.
7. Trade only in active markets. Keep out of slow, dead ones.
8. Equal distribution of risk. Trade in two or three different commodities if possible. Avoid tying up all your capital in any one
commodity.
9. Never limit your orders or fix a buying or selling price. Trade at the market.
10. Don’t close your trades without a good reason. Follow up with a stop loss order to protect your profits.
11. Accumulate a surplus. After you have made a series of successful trades, put some money into a surplus account to be used only in emergency or in times of panic.
12. Never buy or sell just to get a scalping profit.
13. Never average a loss. This is one of the worst mistakes a trader can make.
14. Never get out of the market just because you have lost patience or get into the market because you are anxious from waiting.
15. Avoid taking small profits and big losses.
16. Never cancel a stop loss order after you have placed it at the time you make a trade.
17. Avoid getting in and out of the market too often.
18. Be just as willing to sell short as you are to buy. Let your object be to keep with the trend and make money.
19. Never buy just because the price of a commodity is low or sell short just because the price is high.
20. Be careful about pyramiding at the wrong time. Wait until the commodity is very active and has crossed resistance levels before buying more, and until it has broken out of the zone of distribution before selling more.
21. Select the commodities that show strong uptrend to pyramid on the buying side and the ones that show definite downtrend to sell short.
22. Never hedge. If you are long one commodity and it starts to go down, do not sell another commodity short to hedge it. Get out at the market: Take your loss and wait for another opportunity.
23. Never change your position in the market without a good reason. When you make a trade, let it be for some good reason, or according to some definite rule; then do not get out without a definite indication of a change in trend.
24. Avoid increasing your trading after a long period of success or a period of profitable trades.
25. Don’t guess when the market is top. Let the market prove it is top. Don’t guess when the market is bottom. Let the market prove it is bottom. By following definite rules, you can do this.
26. Do not follow another man’s advice unless you know that he knows more than you do.
27. Reduce trading after first loss; never increase.
28. Avoid getting in wrong and out wrong;getting in right and out wrong: This is making double mistakes.