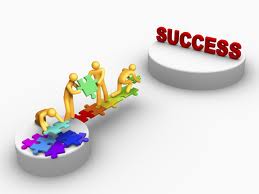 Paul Rotter is arguably the most successful individual futures trader executing trades on the Eurex exchange primarily in the Bund.

Every trader can aspire to imitate Paul’s success as he is proof that it IS possible for a small trader to build on his success and grow into the biggest most active speculator around.

Q: What are your strengths as a world-class trader and what are the differences between you and other traders?

A: I have the ability to get more aggressive in winning phases, to take bigger risks, and to scale back during losing times. This is contrary to human nature. The best thing is to have somebody around who is neutral to trading, who switches the screens off when a certain level of loss has been reached for the day.

Q: Shouldn’t a trader stick to his opinion?

A: No, definitely not. An analyst or some kind of guru has to stick to it, but a trader should have no opinion. The stronger your opinion, the harder it is to get out of a losing position.

Q: Do you do any kind of daily mental preparation?

A: I see trading more as a sporting challenge and try to eliminate thoughts of money.

Q. There is a saying that every trader has to completely blow up his account at least once before he can become successful. What did you learn out of it?
A: Like I earlier said, my private account saw some bad times, although I must admit, that back then I had absolutely no idea that there was something like ‘risk-management’. Later on I found 7-digit losses to be cumbering,On day I had a blackout and after losing 2,5 million  I was seriously thinking about stopping. I still had enough capital left to live without having to worry about financial issues and i just wouldn’t want to take those psychological hits anymore. after taking 4 weeks off, I regained my motivation and returned in the ring. I was able to make up the loss in a relatively short period of time, so that I came out stronger than before.

Q: Has this changed the views of the market in a way?
A: With the experience of bigger losing days coupled with good phases right afterwards, I’m not so sensible for losing days anymore. I know that I can make it back. this has lead to being able to switch off the screens on a day with medium/small losses more easily, instead of forcing the way back into positive territory.

Q: What are your strengths as a world-class trader and where are the differences between you and other traders?
A: It’s the ability to get more aggressive in winning phases, taking bigger risks, and scaling back in losing times. this is against human nature. the best thing is to have somebody around who is neutral to trading, that switches the terminals off, when a certain loss level has been reached for the day.
Q: what role plays risk-management in your trading?
A: I set daily goals for my p&l, whereas the most important thing is the stopping limit, the maximum loss I take, before I switch off the screens. my biggest positions are 5 digit number of contracts.

Q: What are you doing when a position goes against you? are you using stop-loss orders?
A: I strictly close my position when they start going against me. with bigger positions this is not that easy, because I move the market against me, which could cause other traders to get in the same situation like me, which could accelerate the move. however, most of the time I am able to make some of the losses up, because I know what caused that move and therefore take the opposite position.

1 thought on “Tips from Worlds most Successful Trader”