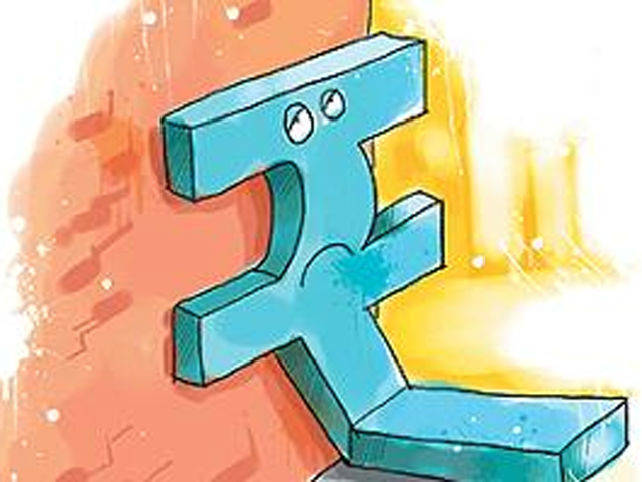 Nifty has been falling like 9 Pins, Large Caps have turned to Mid Caps, Mid Caps into Small Caps. Retailers are running away from market, But one talk i always hear when i talk to anyone related to market FII’s are manipulating Indian Market and they never lose money. Well let me put some justification to this fast FII’s do lose money and they to have loses in their trading/investing positions. Foreign institutional investors (FIIs) are faced with double whammy as Rupee fall further increase their loses.

If your portfolio mimicked the Nifty, you would have made a loss of 6 per cent so far this year. But FIIs lost almost three times as much. The S&P Dollex 30 — the dollar-denominated version of the Nifty— has fallen 24 per cent in 2013 following the rupee’s depreciation.

The recent fall of the rupee has also sharply reduced the three- and five-year returns for foreign investors. The Dollex 30’s return is now a paltry seven per cent (annualised) for the five years — from 2008 to now. The Sensex, despite the recent correction, has managed 13 per cent.

Readers do note FII’s Holding in Indian Market is highest ever, FIIs collectively held 19.9 % of all outstanding stocks in Indian markets. Three years ago, the holding was just 14 per cent.

Many readers asked me Market is falling so much but that’s not reflected in Cash selling by FII’s, reason for that is FIIs will be hurt the most if they decide to withdraw substantial sums from Indian stocks now. When FIIs sell, stock prices fall disproportionately due to the low-absorbing capacity of the other market participants. The currency, too, weakens further, compounding their losses. Thats the reason they use Derivative Instrument Like NF and BNF to short heavily and recoup some of their loses.

The recent crash in the rupee has been triggered more by FIIs selling Indian bonds than by their withdrawing from equities. Since June, FIIs have pulled out $8.7 billion from the debt market, but only $3 billion from the equity segment.