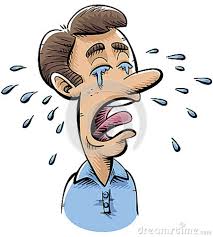 Big Swings came in market in August and many traders emotions were high as Markets were swinging wildly.Many traders “Hoped” of making a killing and few are living in “Regret” of missing the rally. Lets analyze both Hope and Regret emotions and understand how these are fatal for your trading career.

Hope is a feeling of expectation and desire for a certain thing to happen. It’s an individual’s desire to want or wish for a desired event to happen.

Hope may be the most dangerous of all human emotions when it comes to trading. Hope is what keeps a trader in a losing trade after it has hit the stop. Greed and hope are what often prevent a trader from taking profits on a winning trade. When a stock is going up, traders will often remain in the trade in the “hope” of recouping past losses. Every swing trader hopes that a losing trade will somehow become a winning trade, but stock markets are not a charity. This type of thinking is dangerous because the group (stock market) could not care less about what you hope for, or what is in your best interest. Rest assured, when your thinking slips into hope mode, the market will punish you by taking your money.

Regret is defined as a feeling of sadness or disappointment over something that has happened or been done, especially when it involves a loss or a missed opportunity.

The negative implications of this emotion are obvious. It is only natural for a stock trader to regret taking on a losing trade or missing a winning trade. But what is important as a trader is not to hyper focus on losing trades or missed opportunities. If you lose money on a trade, then you should simply evaluate what went wrong and move forward. Other than the lessons that can be gained from evaluating each trade, there is no point to spending further time regretting the decision to enter the trade. It is also human nature to feel regret when an opportunity is missed. If you miss a winning trade, then you must move on to the next potential trading opportunity.

When technical traders allow regret to rule their thinking, they tend to “chase trades” in the hopes of still being able to make money on the position by entering it well above the trigger price. The problem with this thinking is that the reward/risk of the trade no longer meets the parameters of good trade management. For instance, by entering a trade 1 point higher than the trigger, the potential reward may be 1 point, but the potential loss may also be 1 point. This sets the reward/risk ratio at 1 to 1. Recall that we prefer trades to have at least a 2 to 1 reward/risk ratio. However, if the trade had been entered at the appropriate trigger price, the reward/risk ratio would have been 2 to 1. Successful and profitable online traders learn to discipline their mind to eliminate regretful thinking.

Ideas and Weekly Forecast for Nifty 50